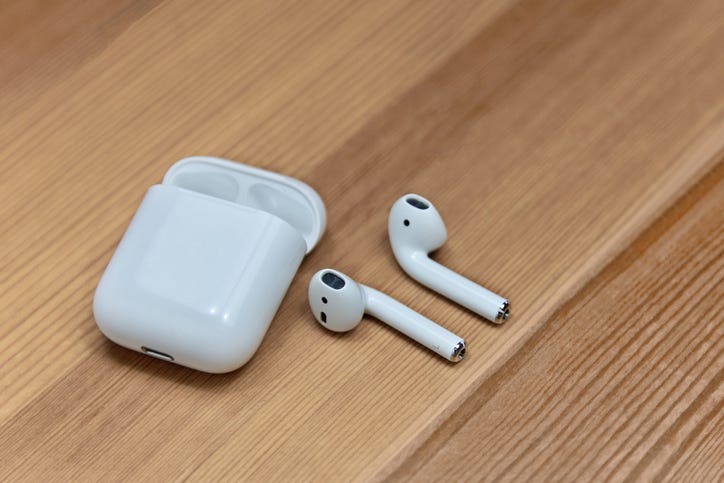 If you thought your AirPods were the best new tech thing, wait until you get your hands on the AirPods Pro.

According to Business Wire, Apple announced on Monday that they would be rolling out a new device based on feedback they got surrounding the original. The AirPods simply don’t fit comfortably enough to cancel out any background sounds around you.

That’s why they’ve developed the AirPods Pro, which not only feature noise cancellation but sweat resistance as well. The earbuds are designed in a way that create more of a seal around your ear, allowing you to swap out the ear tips for ones that are exactly the right fit for you.

But if you’re one of those folks who actually likes to be tuned into the noise around them, you can switch on the transparency mode feature, which will allow you to still hear things around you like cars and side conversations.

Just like the OG model, the AirPods Pro will quickly sync up to your phone or iPad with just the flip-open of the case. Not only that, but you’ll still be able to activate Siri by simply saying, “Hey, Siri” into the pods’ mic.

The original AirPods do seem to beat out the Pro version in one area. While the AirPods provide 5 hours of battery life, the AirPods Pro provide 4.5 hours of listening with noise cancellation turned on.

The AirPods Pro will be available in stores beginning on October 30th for $249.