Getting to their final destination was just a hop, skip and jump away for this marsupial!

A baby kangaroo was seen making its way onto a PSA Airlines flight while hopping down a cabin aisle, Fox News reported.

The adorable footage was captured by PSA Airlines flight attendant Bobby Weston. It was then shared to the AA Stews Instagram page, an account that highlights flight attendants from American Airlines, PSA’s parent company.

A post shared by AASTEWS Living Life In The Sky (@aastews)

In the clip, the kangaroo can be seen being led down an empty cabin while a man wearing a face mask swings his bag to make sure the precious animal is following behind.

“He’ll follow you. Just go ahead and go,” a voice from behind the camera says as the kangaroo hops down the aisle.

“You can go much farther, see,” the voice continued. “Keep going. He wants to hop.”

The video has already received more than 27,000 views and 2,770 likes as of Wednesday afternoon.

AA Stews described the incident as a “wildlife conservation effort” that moved the animal from North Carolina to Virginia, a spokesperson for American Airlines confirmed.

“As part of an animal conservation effort, the baby kangaroo flew on American Airlines flight 5626, operated by PSA Airlines, from Charlotte (CLT) to Newport News, Virginia (PHF) in the cabin along with his handler,” the spokesperson said. 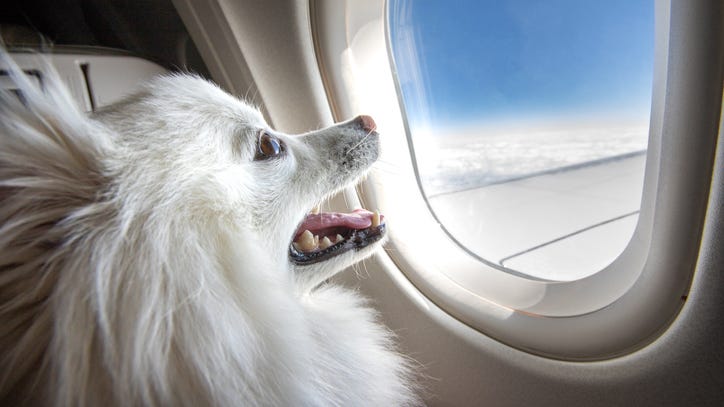 As of February 1, American Airlines will only allow service animals onboard that perform certains tasks for persons with disabilities. Most emotional support animals will no longer be allowed, unless they fit in a carry-on and meet Depart of Transportaion guidelines.

It is unclear why the baby kangaroo was allowed to board the PSA Airlines flight cabin, instead of being transported in the plane cargo hold area, the outlet noted.

news
Seed-planting season: What home gardeners need to know
music
Maren Morris and Ryan Hurd on ‘Chasing After You,’ and chasing 1-year-old Hayes around the house
sports
Jeremy Lin reveals he has been called 'coronavirus' on the court
music
Taylor Swift tells fans she 'cannot reschedule' tour dates
music
Lady Gaga tweets ask for the safe return of her French bulldogs, and for kindness
sports
Eddie Murphy confirms Prince beat him at basketball, as depicted on Chappelle's Show