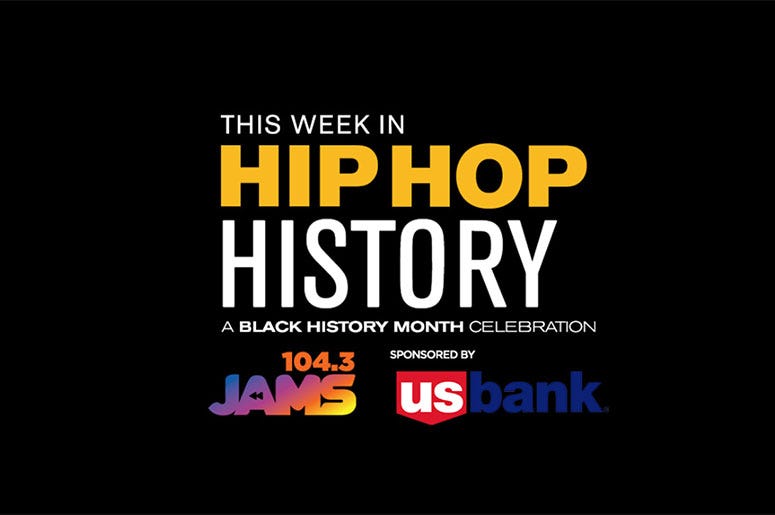 104-3 JAMS celebrates Black History Month with a look back at the Black Creators that forever changed the music landscape with THIS WEEK IN HIP-HOP HISTORY! Presented by U.S. Bank.

1988: Biz Markie released his debut album, “Goin’ Off”. Produced by the legendary Marley Marl, Biz Markie co-wrote the record with Big Daddy Kane and brought humor to Hip-Hop with songs like “Pickin’ Boogers” and “Biz is Goin’ Off”.

1999: Naughty by Nature released their third album, 19 Naughty III. This platinum selling record soared through the charts with hits like “Hip-Hop Hooray” brought cinematic excellence to Hip-Hop with a music video directed by Spike Lee.

Brought to you by U.S. Bank. You are Black History in the making.  U.S. Bank has the tools and financial expertise to help you maximize that potential.  Visit usbank.com/legacy Equal Housing Lender.  Member FDIC.