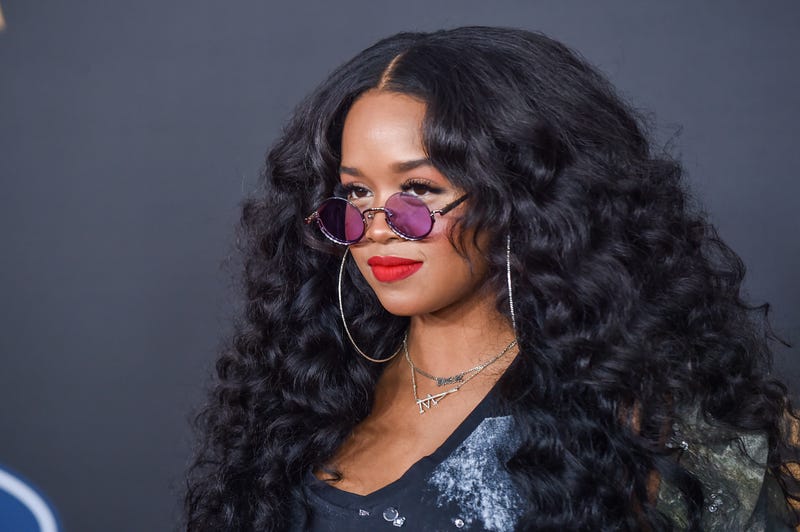 After coming off the Soul Train Awards H.E.R. joined RADIO.COM's The Kenny Burns Show on Atlanta’s V-103. Immediately, Burns tells the artist that he was inspired by the sentiment that she shared during the awards when she said that “rhythm and blues is in everything we do.” H.E.R. follows up by adding, “rhythm and blues is really what it is, it’s feeling and it's rhythm and to me, real music has those things, so it's in everything.” The singer urges that R&B "is not dead."

During the award ceremony, H.E.R. took home the Soul Train award for Best R&B Soul Female Artist. As the awards keep flowing for the “Hold On” singer, she tells us, “It’s so unreal, I can’t believe it. It’s just dope to be recognized, especially by you know, us…mmy people, my community."

"Like I always say, ‘when one of us wins we all win.’ I’m just going to continue to represent everywhere I go. Last night was very special to me.”

Aside from snagging awards left and right, and releasing new music, H.E.R. has also started a new eyewear line in collaboration with the charitable eyewear brand, DIFF. Every pair of DIFF glasses sold allows the brand to provide eyeglasses to someone in need.

When asked about her song “Damage” and what it feels like to have an upcoming hit on her hands H.E.R. explains, “I love creating music, I’m really really happy that people are loving it, it's going to be on my album. You know, it's kind of an introduction to my album and what my album might sound like, and I’m excited. I’m just happy about the reaction….my album is coming soon.”

As we await more info about H.E.R.’s upcoming album, we can focus on the fact that the singer has been nominated for three more GRAMMYs this year, but in her career so far, she’s already received 13 nominations. “In just three years, I can’t believe it, it’s unreal to me, but it’s just confirmation, so I’m blessed,” says the two-time GRAMMY winner.