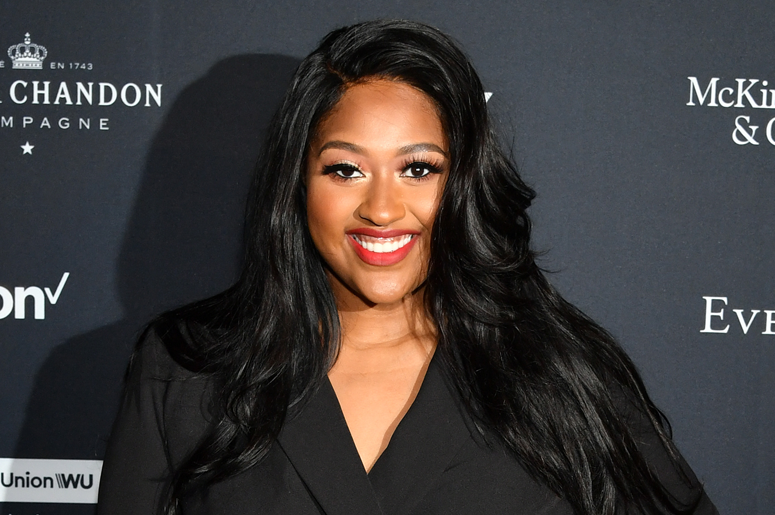 After a 5 year hiatus from music, Jazmine Sullivan served us everything we didn't know we needed with her latest project Heaux Tales, which was undoubtedly worth the wait. Calling in to chat with the co-host of WPGC’s The Joe Clair Morning Show in Washington D.C., Poet, about the album, the two ended up discussing a whole lot more, including the relationships, working with Issa Rae, her mom battling cancer, and of course, the music!

Jazmine owned up “I’ve been sitting on this stuff,” and admitted to being “nervous” about sharing her latest tracks, “not knowing how people were going to receive it.” However admitting to being relieved now that Heaux Tales is out for all to hear.

As Jazmine revealed, she “knew these stories needed to be told,” even so, she found herself shocked and “so happy” by the response. Jazmine’s goal was to “bring the humane-ness to each woman, and for us, the collective to just take it easy on each other and know that were all coming from different places but still the same.”

Even with how different each story and account on the album is , it could also be argued that they could all happen to one women, which speaks for itself. As Poet so eloquently alluded, we all have a little “Hauex” in us, which after listening to Jazmine’s album, we’d have to agree. Jazmine’s body of work on this album, is all about experiences and not judging yourself too harshly for mistakes you’ve made in the past.

“I was like dang Jazmine you know better than to do certain things like that, and then I had to kinda take it easy on my own self,” recalling that she “went through hell” and taking time to process that is okay, and she “isn’t the sum of her mistakes,” and neither are you.

As scary as it was for Jazmine to share her album, it was just as, if not more scary to share news about her mother’s battle with cancer. With that said, it was important to her to use that as an opportunity to give praise to God and share her testimony. Similar to her post dedicated to her mother’s ability and grace to take something painful and sometimes ugly into a work of art. Jazmine took women’s stories, that are often looked at by society as ugly and painful and turned it into a work of art.

Up next, Jazmine plans on teaming up with Insecure creator, Issa Rae, to work on a short film inspired by and named after her successful EP. “I’m just praying that we can get it together and get it to ya’ll, because I just think it’ll add another layer and element of depth to be actually be able to see these women.”

We whole-heartedly agree. So until then we’ll continue listening to the album on repeat and suggest you do the same. And be sure to check out Jazmine’s entire interview with Poet above.