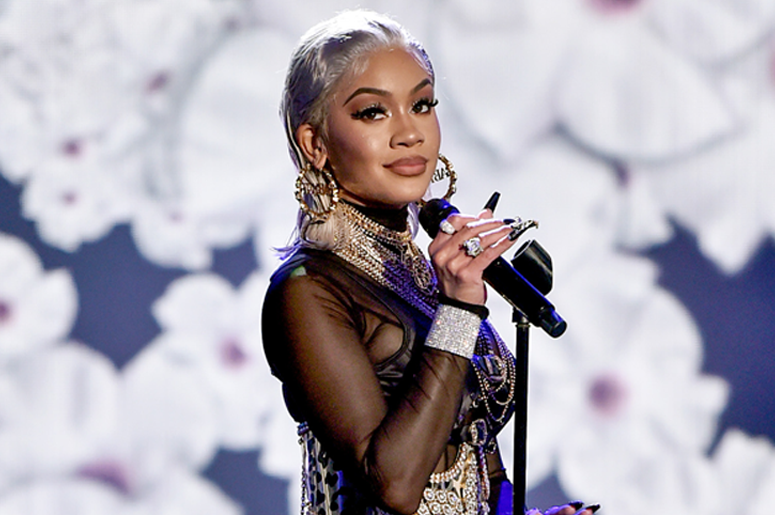 With the Icy Girl Movement in full effect, Sweetie tapped in to talk with RADIO.COM and V-103’s Greg Street about everything from collabs, repping the Bay Area, and what she’s got coming up next.

Representing the Bay Area, Saweetie has made her mark on the charts, with singles like “ICY GIRL,” Tap In,” and “Back to the Streets.” With no plans of stopping, this West Coast Princess has goals “to continue to grow and to eventually uplift whoever’s back at home doing their thing,” we’d say she’s is off to a great start.

While the growing list of female artists hail from all over the US, Street, mentioned the apparent lack of Bay Area natives from the list (not counting Kehlani of course). Leading Saweetie to pinpoint a problem she believes could be easily remedied, noting, “the issue isn’t the artist, the issue is the representation. If we had had better managers, better representatives out there. Uplifting the creators and the rappers and the singers out there the Bay Area would get a lot more attention.” Adding, “my goal is to eventually go back and bring up the younger generation.”

Having just teamed up with Doja Cat, on the undeniable bop “Best Friend,” Sweetie divulged her collab wishlist which unsurprisingly boasts some recognizable names including Cardi B, predicting “that would tear the club up,” adding “that would be cute.” Also on the list, her mans, Quavo, with whom she has already teamed up with on already produced beats, but has higher hopes of them creating a song together from scratch.

As we said Saweetie has plenty of singles under her belt, so of course we wanted to know what’s up with that highly anticipated album of hers. Well, as she sadly divulged, there is still no release date set, however she did hint at the drop coming this spring and that we could expect “a lot of songs,” 15 to be exact.

Saweetie additionally offered up that her latest project will definitely feature “more singing.” And happily shared that her love for Slick Rick and his track “Children’s Story” inspired her to create her own track “telling a story about a day in my life.” Admitting, “and it is so fly," and teased, “if you think we did something now, I can’t wait for you to hear the rest.”

Watch the full interview with Saweetie below.