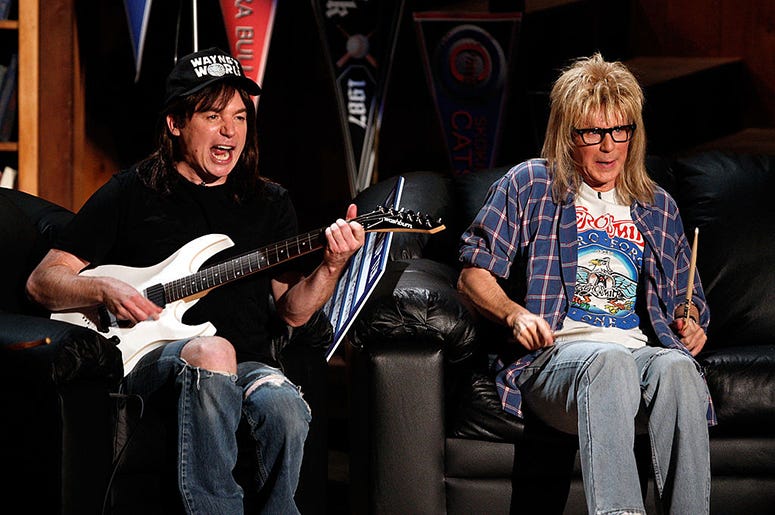 Actor Josh Gad's Reunited Apart YouTube series brought us all back to the garage in Aurora, Illinois today as he hosted the cast of the beloved Wayne's World movies for a virtual reunion.

Along with the dynamic duo of actors Mike Myers (Wayne Campbell) and Dana Carvey (Garth Algar), actual rockers Steven Tyler and Joe Perry of Aerosmith who were featured in the flick's second installment also joined the party.

The Boston musicians were featured in Wayne's World 2 performing their songs "Dude (Looks Like a Lady)" and "Shut Up and Dance" on stage at the Waynestock music festival after Jim Morrison of The Doors promised Wayne, "if you book them, they will come" in a dream.

Watch the full Wayne's World episode of Reunited Apart above.