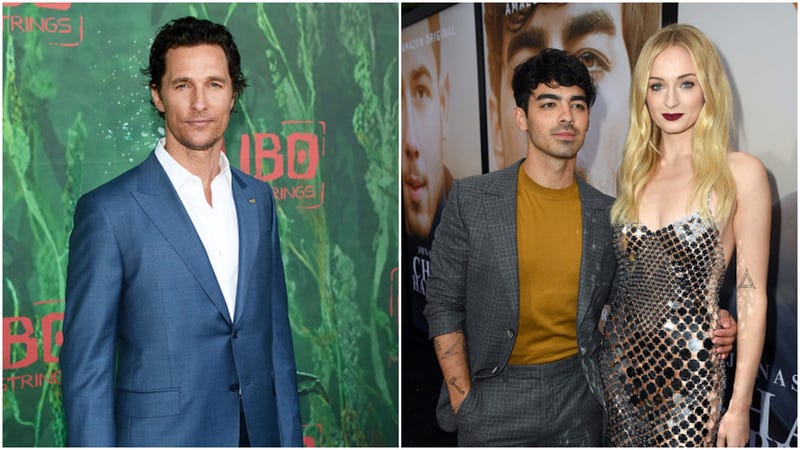 School’s in session for Joe Jonas and Sophie Turner.

The married couple got a VIP tour of the University of Texas at Austin from Oscar winner Matthew McConaughey.

McConaughey is currently a professor at the school and was spotted on campus alongside the Jonas Brothers singer and the “Game of Thrones” actress over the weekend.

“Best Austin tour guide,” the “Sucker” hitmaker captioned a snap with the Oscar winner. And in an effort to show some school pride he made reference to the school’s slogan by adding the hashtag “#HookEm.”

The 30-year-old boybander took advantage of McConaughey’s local expertise while town as the Jonas Brothers were performing on campus later that night in support of their Happiness Begins World Tour.

Naturally, their outing didn’t go unnoticed as many students were sharing the sightings of the celebrity trio to social media.

when the queen of the north aka sophie turner, joe jonas, & matthew shows up at UT #UTthings pic.twitter.com/MOw7vwgbh8

“When the queen of the north aka sophie turner, joe jonas, & matthew shows up at UT,” a student captioned a series of photos of the Hollywood stars.

“Enjoy the holy trinity @ UT,” wrote another starstruck fan of the A-listers.

“ARE YOU KIDDING ME! THIS IS LITERALLY OUTSIDE MY DORM,” commented a third in video of McConaughey and Jonas walking with a swarm of students in the background.

ARE YOU KIDDING ME! THIS IS LITERALLY OUTSIDE MY DORM pic.twitter.com/a708kMs7ll

While Jonas and Turner added extra star power to the school, students are used to seeing the “Dallas Buyers Club” actor around campus as he’s been a member of the faculty for several months.

Earlier this year it was announced that McConaughey, who graduated with a Bachelor of Science from the University in 1993, would be serving as professor of practice at the school’s Moody College of Communication for the fall semester.

In addition to teaching a Script to Screen class, the 50-year-old also developed the course’s curriculum.

No word if McConaughey cavorted with his students by actually attending the Jonas Brothers show later that night.