Justin Bieber covered a lot of ground while riding with James Corden in the latest edition of Carpool Karaoke. Together the pair sang selections from his new album Changes, dropped some hot choreo for TikTok, and explored which Friends character Biebs is most like. Spoiler alert: He’s all of them.

During the trip, Justin also added fresh fire to a previous challenge to fight Tom Cruise. In June the singer called out the actor, tweeting “I wanna challenge Tom Cruise to fight in the octagon. Tom if you don’t take this fight your scared and you will never live it down.” Bieber eventually backed down saying he was just joking and that the tweet was "random," but during Carpool Karaoke things got reignited.

"Absolutely not. I'm trying not to let my ego get in the way but there's absolutely no way," Bieber responded, rankled by the challenge. "He's not the guy you see in movies."

"I start to get frustrated. You're really boiling me up," Bieber laughed. "I'm gonna f***ing fight you, bro."

"That would be a good thing," Corden fired back. "Work your way up to Tom Cruise. Do me, then do like, Zach Braff, and then you do Tom Cruise." 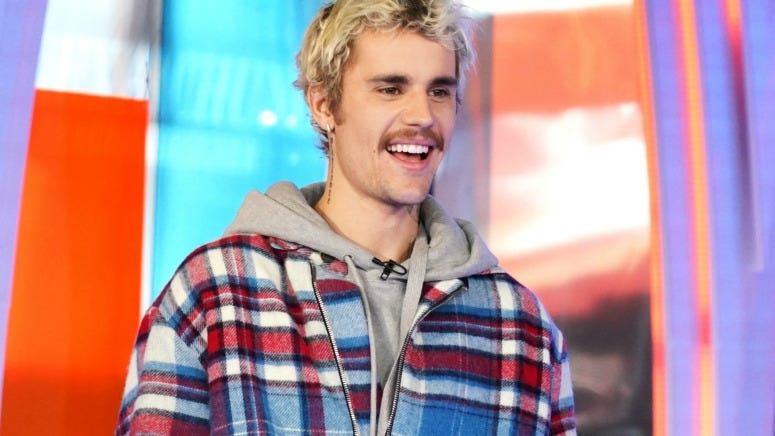 Bieber continued to insist that he would defeat the Mission: Impossible star in a fight, and challenged Corden to an arm wrestling match on the center console. After defeating The Late Late Show host with ease, maybe Biebs has a point. Probably not, but maybe.

You can watch it all unfold above. Changes from Justin Bieber is now out everywhere.