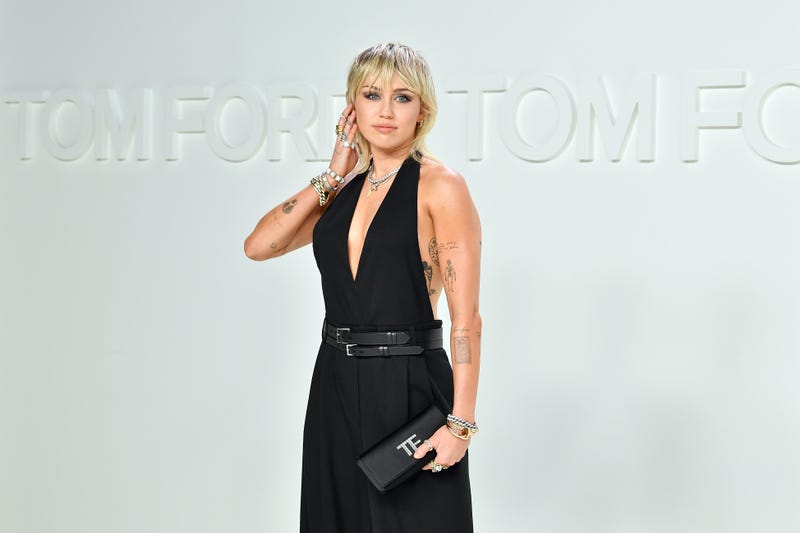 Gone are the days of blonde wigs and corny sitcom jokes. As Miley Cyrus has found her voice and gradually moved further away from the Hannah Montana era of her career, the “Plastic Hearts” singer has racked up various tattoos, which contribute to her bold and unapologetic style.

During an appearance on Jimmy Kimmel Live! The singer learned some new information about herself. As Kimmel pondered whether there was a “superfan out there who knows more about Miley than Miley herself,” Cyrus and a superfan partook in a game of Miley-centric trivia.

When asked how many tattoos she had Miley said, “I have no idea.” The superfan incorrectly guessed 27 tattoos. Jimmy asks Miley, “How do we know this and you don't?" Miley dryly responds, “Because you, probably, are much more coherent when I am getting these tattoos than I am."

In a shocking reveal, Kimmel tells Miley and the audience that she has 74 tattoos which prompts the “Midnight Sky” singer to exclaim, “Huh!?”

Aside from talking tats, the artist reveals that her new iconic blonde mullet came from having no other choice during the pandemic. Miley says, “all of us have had to adjust [to the pandemic], a lot of things shutting down, keeping up from doing our standard routines, which one of them was going to get a haircut for me."

Now Miley has been leaning on her mom Tish Cyrus to do all her hair trimming. Cyrus tells us that her mom told her, “'Well, I can cut your hair but I only know how to do one hairstyle and I've been doing it since 1992 for your dad and for your brothers.'" Miley jokes, “All my mom can do is a mullet, so I had one option and I needed it."

Later during her appearance on the show, Miley performed “Prisoner” from her newest album Plastic Hearts, which currently sits at number one on the rock album charts.