While 2019 may have been the height of the chicken sandwich wars between fast food chains in the United States, McDonald’s is roaring back into battle with a vengeance just in time for 2021.

After initially announcing a new crispy chicken sandwich in early November, the company confirmed it would actually be rolling out three new chicken items nationally on February 24.

Back in 2020, Joe Erlinger, president of McDonald's USA, said that the chain wants “customers to choose McDonald’s for chicken.” In a press release, the company said that chicken is “a category that is growing faster than beef,” CNBC noted.

This puts McDonald’s not only in competition with other fast-food burger joints that have rolled out their own chicken sandwiches but also Chick-fil-A, which became the third-largest chain in the United States behind only Starbucks and McDonald’s due to its chicken-focused menu.

McDonald’s has been changing its strategy in recent years to attract more customers. During the pandemic, the chain simplified its menu to prioritize the most in-demand items and speed up drive-thru service. 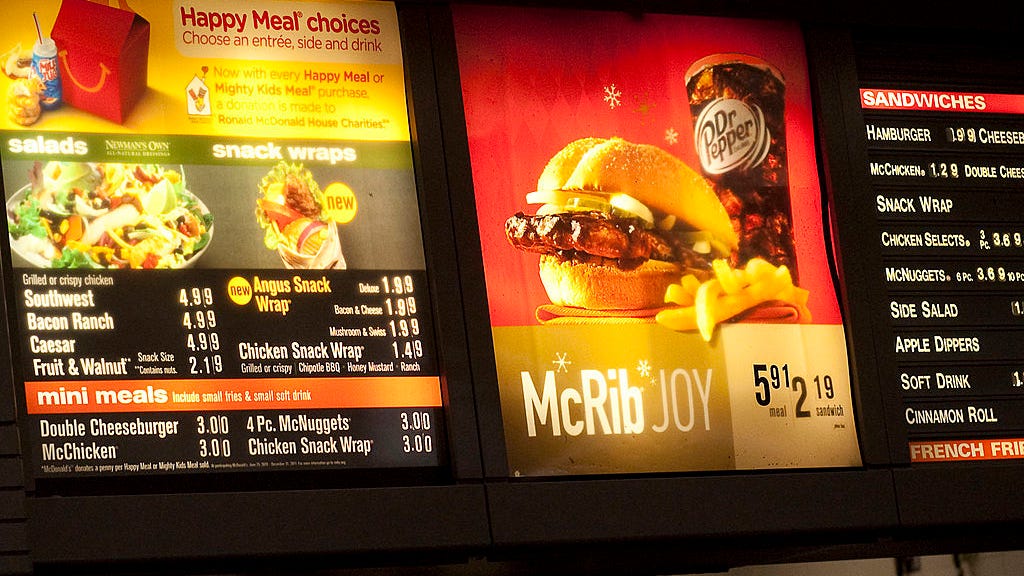 The chain also added Spicy Chicken McNuggets to the McDonald’s menu in mid-September, which quickly became so popular across the country that there were reports of restaurants selling out of them. The spicy variety of the McDonald's fan-favorite menu item is the first new rendition of the McNugget since its conception in 1983.

news
Why are there varying reports of how well vaccines work?
music
RADIO.COM's Back To Back: Brooke Eden, Maren Morris, and Tiera
news
Study shows connection between social media use and binge eating in pre-teens
sports
AEW's Cody Rhodes talks about upcoming match against Shaq on AEW Dynamite
news
Senate confirms Cardona as Biden's education secretary
sports
J.J. Watt and the Cardinals among teams who are eligible to be forced onto HBO's 'Hard Knocks'