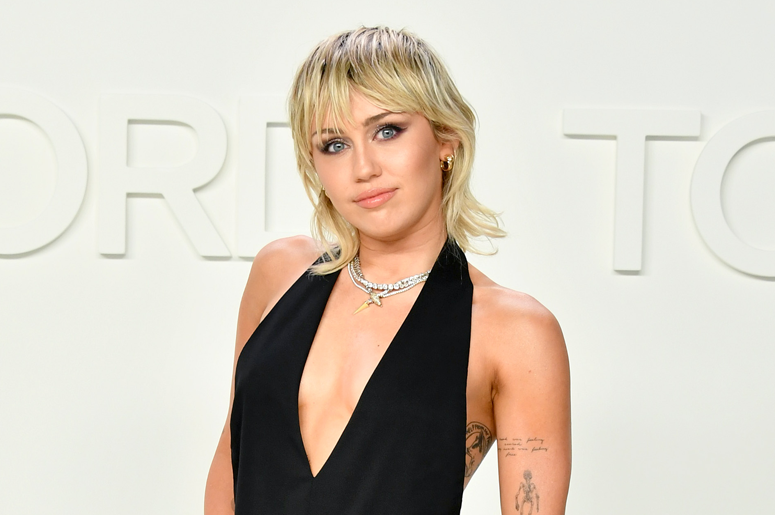 First revealing the unfortunate news to her fans and followers via her Instagram Story on Thursday, saying, "Anyone who knows me & it doesn't have to be well is aware that my best friend in the whole world is a rescued pit bull mix named Mary Jane.” Miley went on to explain, “MJ was diagnosed with cancer over a year a go.” With her time left uncertain, she was “advised to spend every second savoring her special spirit.... which wasn't anything new. I had been for 10 years.”

Miley continued by saying that it's easy "to take things for granted" and "let little miracles pass you by without moments of gratitude," but that with her "angel" Mary Jane, "never once did I forget the gift I had been given.” According to Miley, her and MJ has “something different,” that couldn’t be defined, “our connection was purely DIVINE. An incomparable love.”

The "Midnight Sky” singer followed up with a post about and featuring the song, which she heartbreakingly captioned by stating, "I wrote this song in Malibu years ago on a piano in a house that no longer exists. About my dog Mary Jane who is also gone now.” Informing us, “this song revolves around loss & heartache. Which I am currently experiencing after Mary Jane’s passing.”

Miley went on to praise Mary Jane, assuring, "She will never be forgotten and will forever be missed.” Finishing off her statement with the following sweet sentiment, “it has been my honor being her mom and best friend.”

See her full message and heartwarming photos, plus listen to “Mary Jane 5EVR” in the post below.