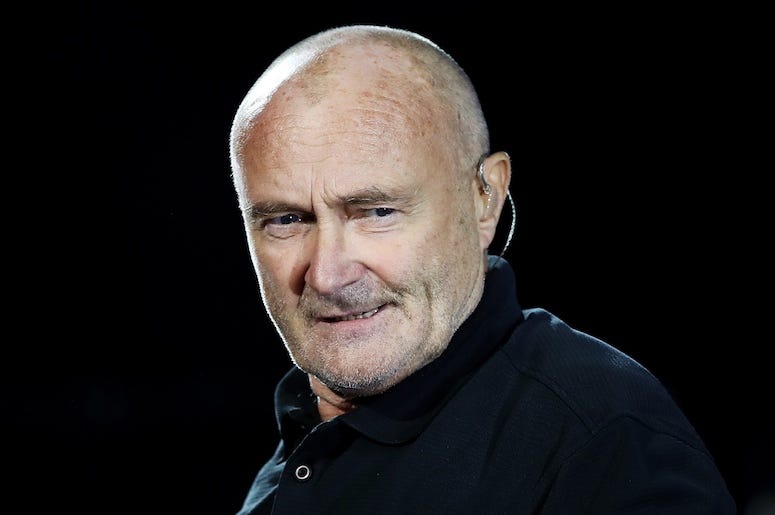 It’s not another day in paradise for Phil Collins as he and his ex-wife Orianne Cevey are engaged in a bitter standoff.

According to court documents obtained by the Miami Herald, Collins, 69, is seeking to take back control of his $33 million Miami mansion that he claims is being occupied by Cevey, 46, and her new husband Thomas Bates, 31.

Collins and Cevey were married for nearly 10 years before divorcing in 2008. During the divorce, Collins gave Cevey a record $46.7 million. The two reconciled back in 2016, but apparently broke up again this past August. The Miami Herald reports Cevey broke up with Collins via text message and then went to Las Vegas to marry Bates.

The court documents show Collins had given Cevey an August 6 deadline to vacate the property. That was four days after Cevey and Bates had gotten married in Las Vegas. Collins claims Cevey has no legal right to the property as it’s “100 percent” owned by him.

He also expresses concern over memorabilia, awards, and instruments that are in the home. As the Miami Herald reports, Collins believes there is “substantial risk that Mrs. Bates or Mr. Bates or their agents will remove, conceal or destroy valuable and irreplaceable personal property.”

“Mrs. Bates, as she is now known, is trying to shake down Phil Collins for money, and as his attorney and former federal prosecutor, I have zero tolerance for that type of behavior. I’m going to use every legal remedy to get her out of the house.” Collins’ attorney Jeffrey Fisher said in a statement to the Miami Herald.