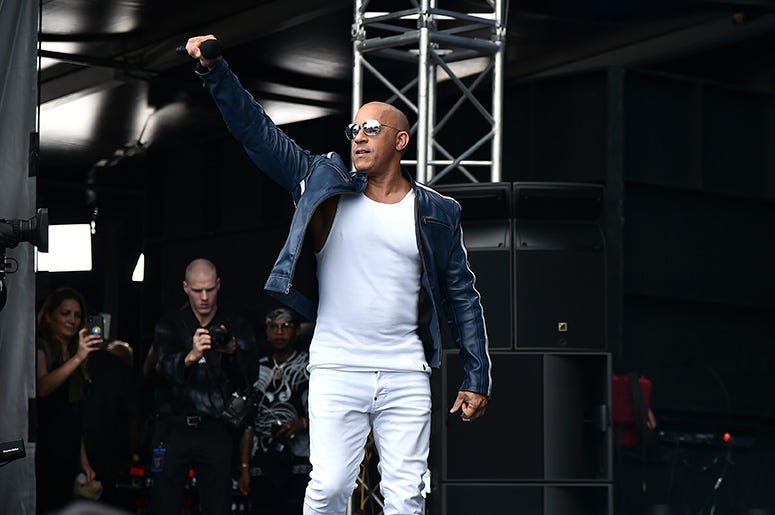 Vin Diesel put haters on notice releasing a surprise single back in September, “Feel Like I Do.” You were probably thinking the Fast and Furious star jumped back in his tricked out Maserati and carried on with chases and stunts. Well, you were wrong! The D-Man is back with a new club banger, “Days Are Gone.”

The man who once played an intergalactic criminal escaping the throngs of alien violence in The Chronicles of Riddick, now ponders how fast time has flown since COVID-19 destroyed normal life. “The season came and went like snow. Monday, Tuesday, I wonder where these days went?” the self-appointed pop star ponders.

“Days Are Gone” follows a similar formula laid out in Diesel’s last single. Heavy reverb synths carry his voice into star cast melodies that build a momentum, eventually exploding into frenetic energy and joy. It’s easy to dismiss the track as a frivolous aside meant to stroke the movie star’s big ego. But upon close attention to the lyrics, there’s a broad connection to our new COVID normal:

Is it too presumptuous to think Vin is extending a musical olive branch to empathize with our mundane lives, quarantining at home and dreaming up nostalgic? We’ll admit, it’s a big conceptual leap. Almost as big as when his character, Dominic Toretto, jumped his red Lykan HyperSport convertible between the Etihad Towers during Furious 7.

Paul Walker’s character might have been right when he screamed, “Dom, cars don’t fly,” as the motorized bullet flied across the humid Abu Dhabi air. But our hearts are on cloud nine listening to Vin’s new soulful club banger.