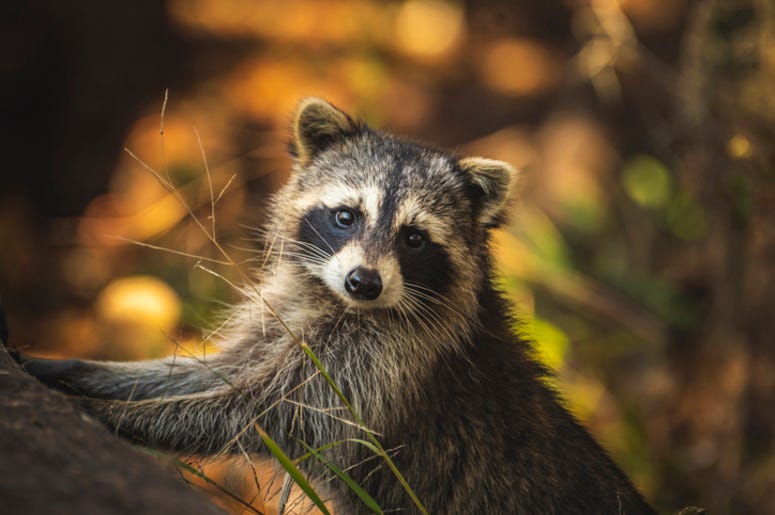 First it was the owl found in the Rockefeller Christmas tree, and now this.

Aubrey Lacobelli of Florida recently shared cellphone footage of an encounter she had with what she initially thought was a cat. Turns out, the intruder was a raccoon, according to FoxNews.com.

“C’mon, get out of my tree. I swear, if you knock down any of my glass ornaments, cat!” Lacobelli can be heard saying.

Lacobelli is seen holding a frying pan and attempting to scare the raccoon out of her home. At one point, she sprays it with vinegar. Her dog also tries to help and gets away relatively unharmed with only a few scratches.

The raccoon moves from the Christmas tree to the chandelier as she swats it with a broom.

Since the rodent came in through the doggy door, Lacobelli said she will consider putting up a fake tree. She also admitted that after the fact, the situation, which occurred at 4 A.M. in the morning, was actually pretty funny.