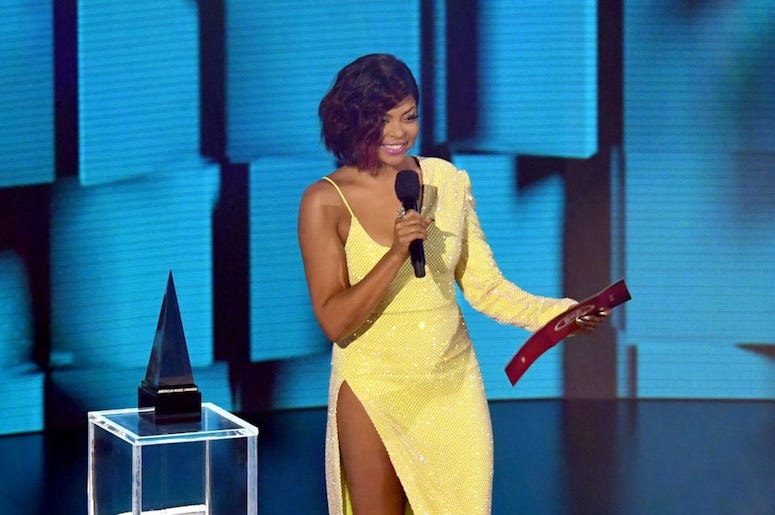 BTS closed out the 2020 American Music Awards with a bang offering up the debut performance of “Life Goes On” as well as a rousing rendition of “Dynamite.”

It was the performance many were waiting throughout the night for and BTS certainly delivered. AMAs host Taraji P. Henson knew the anticipation for the K-pop superstars was high as she introduced the group.

“All y’all can get it when you’re old enough, when you’re of age,” she went on to say with a bit of a confused look on her face. Henson then said “I don’t know how old you are…” before turning to the side of the stage and exclaimed, “You know what, can we cut that? That might be....”

Instant regret. The line may have been pre-written as something Henson was reading off the prompter and made the decision to scrap it, but it’s certainly a moment she’d like to have back.

.@tarajiphenson has one last performance to introduce... @BTS_twt!!!! #AMAs pic.twitter.com/0p3OJIN6DG

Despite the awkward introduction, Henson recovered to bring the energy back up as the show segued to BTS’ performance. As one of our 13 favorite moments from the AMAs, BTS gave a visually stunning spectacle as they played in an empty soccer stadium that was lit up to make it look as if a packed crowd was there.