Billie Eilish had a huge 2019 with the long-awaited release of her first studio album and the dozens of TV appearances and concerts that went along with it. And 2020 is promising to be just as busy with a massive world tour that will take up the better part of five months.

But the 18-year-old isn’t leaving her values at home. She’s always been socially conscious and she’s practicing what she preaches when it comes to planning the tour. Band members, crew members and fans will all experience the results of her goal to create the greenest tour possible. 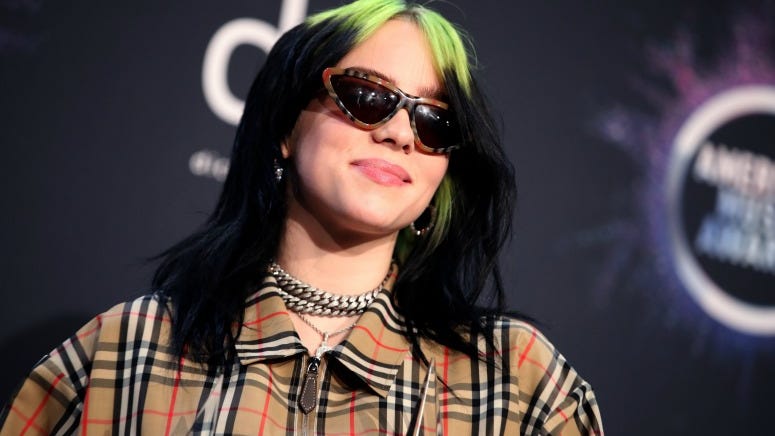 Billie Eilish on Why It's a Great Time to Be Vegan

The caravan of people and equipment that is necessary to take music around the globe can’t help but have some kind of impact on the environment, but Eilish is committed to making sure that impact is minimal. It all starts with hiring someone whose entire job is to find ways to make everything greener.

“We don’t allow plastic straws; we try not to have any plastic bottles at all,” Eilish told RADIO.COM. “We have reusable water bottles at the merch stand, and then (we have) fans bring reusable water bottles, and recycling bins everywhere, and vegan catering and carbon offsets for flying because that’s just one thing I can’t not do – and it sucks because it’s so bad for the environment. So I’m just trying to do anything I can to give something in return.”

Eilish has even offered fans who do their part a chance to earn free tickets to shows on her Where Do We Go tour. She partnered with Global Citizen for the effort and has her own page on the environmental group's site.

Eilish also confronted climate change head-on in her recent video for “all the good girls go to hell” – the fifth track from when we all fall asleep, where do we go?  The clip features Eilish as a fallen angel - alone on a fiery, desolate street. She told us the imagery has a lot of different meanings.

“If I’m being basic about it, the black oil stuff is like oil spills and tar; birds and animals getting stuck in it – something that you think of as this beautiful gets stuck in something that it’s your fault that it’s there,” she explained.

WATCH MORE: Behind the Video for “all the good girls go to hell”

The world tour begins on March 9th in Miami and crisscrosses North America through April 11th. After appearances at the Hangout Music Festival May 15-17, Eilish will head to Mexico, South America and Europe through July 30th.