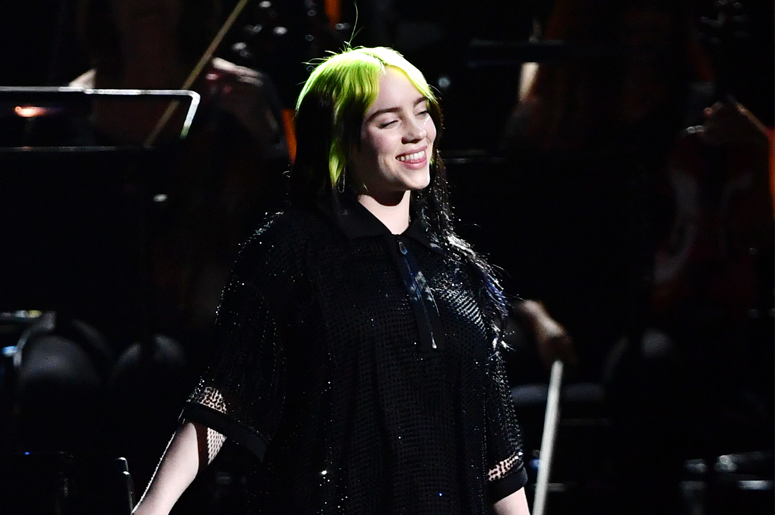 With a few days left in the year, Billie Eilish decided to partake in the currently very trendy Instagram challenge that prompts followers to request of others to “post a photo” of something they’d like to see.

Some photo request examples have included simply picking random dates, or asking for behind the scenes pics, And as many celebrities in a giving mood have decide to participate, some have asked for photos of them with their known celebrity friends.

While were sure many decided to omit some of the more risqué requests, Billie said idgaf and answered them. While we don’t really see the big deal with her decision to show and tell, apparently about 100K of her followers did.

One of Billie’s fans asked her to share her lock screen, which was a painting of two nude women. Then, another fan asked her to share "a drawing you're really proud of," and Billie shared a page from her sketchbook, featuring multiple pencil drawings of a woman's bare breasts surrounded by sketches of snakes, also offering up why, writing, ”these probably lol I love boobs.”

Unsurprisingly, it didn’t take long for one of Billie’s fans to notice her Instagram following dropped by about 100,000, from 73 million to its current count of 72.9 million. When the news made its way to Eilish she reposted the original post of the side-by-side of her follower count to her IG Story with an added message, "LMFAOOO y'all babies smh.”

Like we said, Billie’s clearly not fazed, as she has plenty of other things to think about these days. For instance working on songs for that new era she recently teased us with. Which she also said would have to wait for until after her doc Billie Eilish: The World's a Little Blurry drops in February. See, she busy, she don't care.