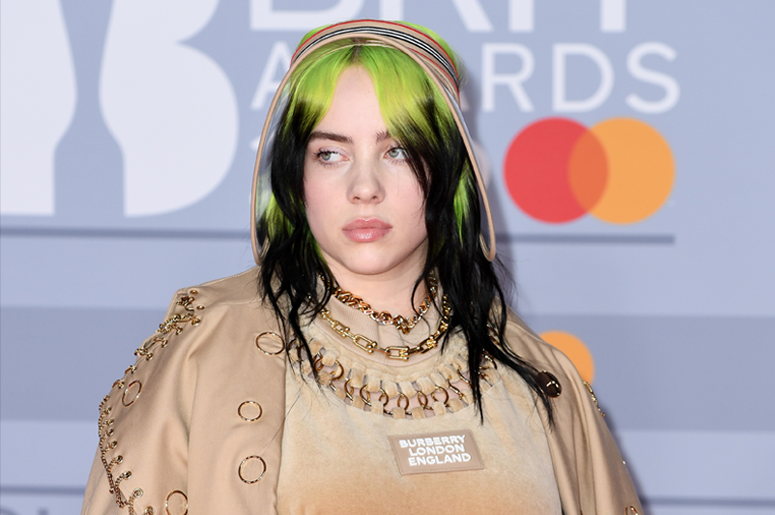 So here’s the deal, if you want new Billie Eilish music, it’s pretty simple, stop making fun of her hair.

The 19-year-old took to her Instagram stories to announce her plans for “a new era” of music, but also gave us an ultimatum. And while we normally don’t deal with demands, for Billie we’ll make an exception.

Currently working on the follow-up to her debut album When We All Fall Asleep, Where Do We Go? Billie joked (or did she) that she would hold her new album hostage if the hair jokes didn’t stop.

“Ok, I have a fun story to tell you,” she starts off the clip. “But first, f*** you guys, stop making fun of me… I’m f***ing making you an album. I will not put it out if you keep making fun of my hair, shut up!," she said laughing. “I’m changing it after the doc comes out, it will be the end of an era, I’m going to give you a new era. I have announcements to make, I got some s*** to put out. Anyway, doesn’t matter, leave me alone, let me live with my hair that I’ve had for way too long.”

The doc Eilish was referring to is of course, Billie Eilish: The World’s A Little Blurry which will be released in theaters and Apple TV+ on February 26.

We can do this people, that’s about two months, 2020 has already been rough, don’t make it any rougher. Seriously, don’t be that person, or should we say the “bad guy,” and show our babygirl Billie some hair love or just don’t say anything at all.