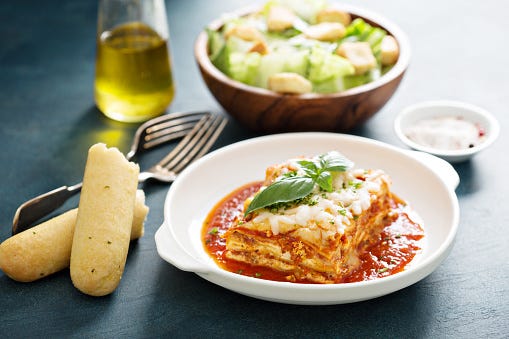 Michigan couple Samantha Roberts and Jeff Gilleland are big fans of the Olive Garden. When it came to the couple getting married, they knew they wanted the chain to be part of their big night’s theme, reported People.

This Couple Had an Olive Garden-Themed Wedding Complete with a Breadstick Bar https://t.co/N3xzTzJCV0

The pair first bonded over their love of the Italian restaurant as Samantha grew up going to it with her family, while Jeff often went after soccer games with his team. Through their years of dating, it was also the site of many of their romantic dinners.

In 2017, Jeff won Olive Garden’s Pasta Passport to Italy trip and used the occasion to propose to Samantha.

After she said yes, the lovebirds even held an engagement photo shoot at their local Olive Garden to celebrate.

So when their September 7th nuptials arrived, it wasn’t a shock to find out the couple had the entire wedding menu catered by Olive Garden.

But the ultimate surprise came when they unveiled the late-night unlimited breadsticks bar featuring an array of dipping sauces for everyone to enjoy in between doing the Electric Slide.

And to top it all off, the party favor was a Never Ending Pasta Pass, which allows hungry fans to gorge on unlimited pasta, soup, salad and breadsticks for nine weeks at any Olive Garden.

It’s safe to say that by the end of the wedding reception everyone’s hearts - and stomachs - were full.