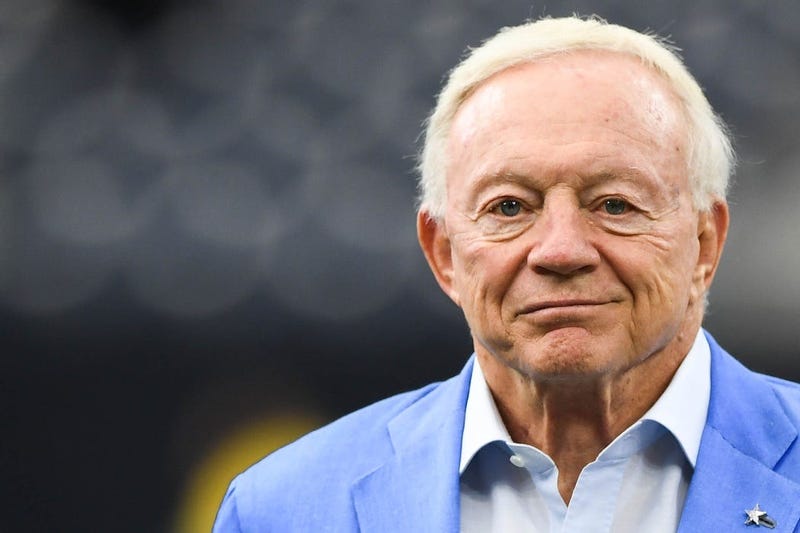 Jones purchased the team for $140 million on Feb. 25, 1989. In June of last year, Forbes came out with their annual list of the world's most valuable sports franchises and the Cowboys came in at No. 1 on the list with an evaluation of $4.8 billion.

Last year, Jones said he wouldn't accept anything less than $10 billion in order to sell the team, but that doesn't mean he'd actually do it if someone ponied up the money.

"If I had to sell the team tomorrow I wouldn’t accept anything less than $10 billion. But, I don’t want to imply that I would take $10 billion for them," Jones said in an interview with Bloomberg. The Cowboys are just not for sale. They’re a long-term asset and my immediate family -- which has been a part of making them what they are today-- they’ll own the Cowboys long after I’m gone.

"I don’t say $10 billion just to say a ridiculous number. I just think you really have to go on what people would pay. I don’t want to say at least $10 billion but I certainly think you can justify a $10 billion value, but economically I’d rather have the Cowboys than the $10 billion."

When asked about his father's comments during his weekly appearance with 105.3 The Fan in November, Stephen Jones said he's on the same page as his father to not sell the team.

"He has the only vote that counts, but I'm right there with him (on not selling the team). It's obviously a passion of ours and (we) just can't imagine them being apart of our lives," Stephen Jones said.

Under Jones, the Cowboys won three championships in quick fashion (1993, 1994, 1996) but haven't reached the NFC championship game in the 23 years since.

He became a Hall of Famer in 2017 and is one of the most influential owners in NFL history.