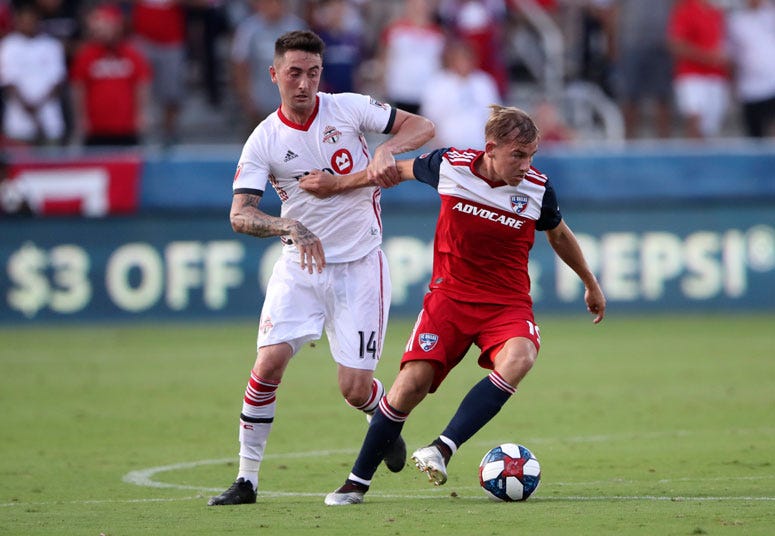 Badji's short tap-in from the left of the goal at the 41st minute drew the ire of Toronto defenders who argued he was offsides but the goal stood. Bressan scored his first goal of the season on a quick header off a corner kick in the 51st.

Badji finished the scoring in the 58th, taking a pass on an uncontested run down the left and bending a shot in.

Sixteen-year-old Ricardo Pepi made his MLS debut for Dallas (7-6-4), entering the game in the 84th minute.

FC Dallas has three wins in its last five games. Toronto FC (5-7-4) is winless since May 4.