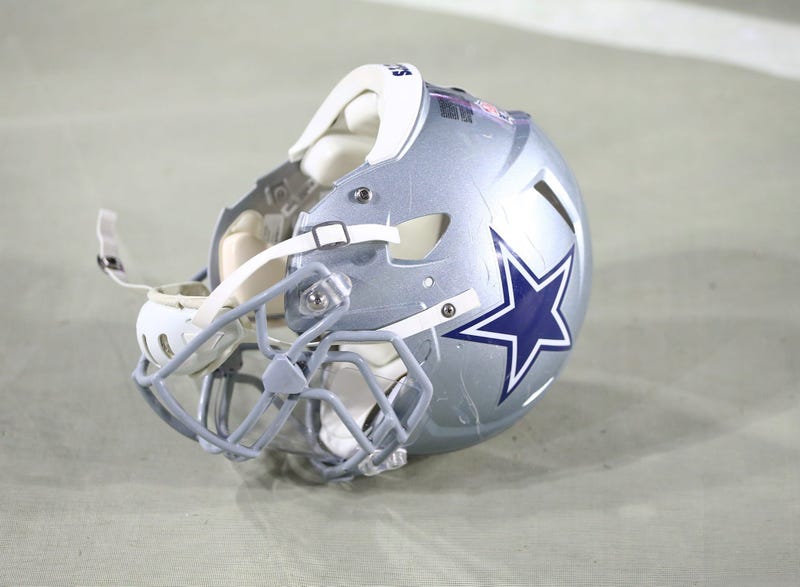 OXNARD (105.3 THE FAN)  - The makeup of an NFL roster is unique for every team. For every Ezekiel Elliott, a former All-American running back at Ohio State, there’s Jeff Heath, a seven-year pro who starts at safety for the Cowboys but played his college football at Division II Saginaw Valley State in Michigan.

Wide receiver Amari Cooper hails from Alabama, where he won an FBS national championship ring under Nick Saban. Meanwhile, there’s Daniel Ross, who didn’t even make it to a four-year school, yet won a national title at the junior college level with East Mississippi Community College before heading to the Canadian Football League.

The Cowboys’ Hall of Famers aren’t all from power programs like UCLA (Troy Aikman) or Miami of Florida (Michael Irvin), either. Offensive lineman Rayfield Wright went to Fort Valley State, which now plays in Division II.

The best players in the NFL can come from anywhere. And that’s where the 2019 College Football America Yearbook can come in handy for all Cowboys fans this season.

The staff at the Yearbook — which includes the work of my guy Matthew Postins — digs deep into every college football program in the country to bring you a definitive preview book that is useful no matter what college football team you follow.

Every college football team in the country is in there, more than 900 of them. That includes every alma mater for every Cowboys player on the training camp roster. Every team has a capsule for the 2019 season, along with its schedule and 2018 results.

There’s a preview for every division — FBS, FCS, Division II, Division III, NAIA, NJCAA, CCCAA and even U Sports (which is Canadian college football). There’s a preview for every single conference in college football — 98 in all. That includes conferences you’re probably familiar with like the Big 12, which has provided the Cowboys with 10 players on their training camp roster. That also includes conferences you’re less familiar with, such as the Great Lakes Intercollegiate Athletic Conference, of which Heath’s SVSU Cardinals are a member.

This year’s cover features one of the best players in the game, sophomore quarterback Trevor Lawrence of Clemson, who is looking to make it two straight national titles in 2019. The staff shot the Clemson-Texas A&M game last year, which means they get to shoot some of the best games in the country.

Plus, since Postins works for us, he gets to bring what he learns on the road back to Cowboys fans in the form of scouting reports and stories that can help you get prepared for the NFL Draft the following year.

Postins, Cox and Webb bring their skills as writers, their knowledge of football and the most unmatched asset of all: They zig-zag across America gathering eyewitness info on the players, coaches and teams. It’s a labor of love ... and it shows on every page.

If you’re an NFL fan you’re probably a college football fan, and if you are one, then this is the book for you. Grab a copy today here on Amazon or here at Barnes And Noble. And tell them Fish sent you!