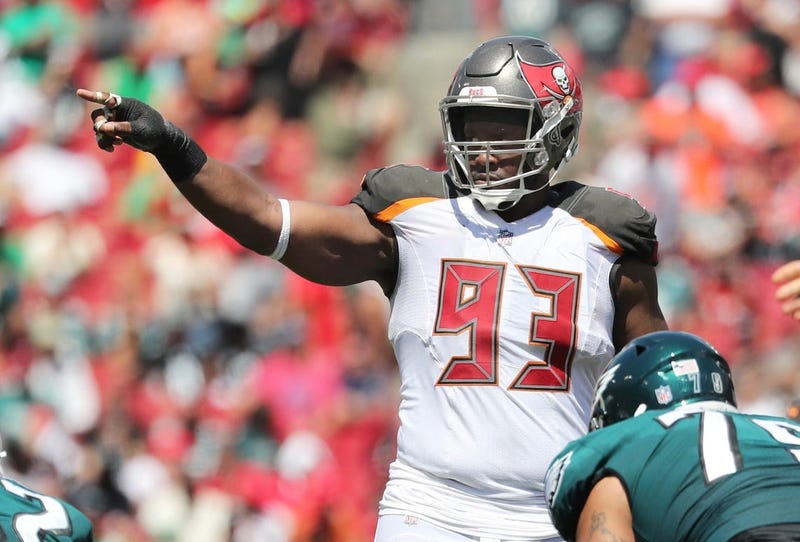 By: Josh Clark and Mike Fisher

DALLAS (105.3 The Fan) - The Dallas Cowboys have an opportunity to add a difference maker to the defensive line, but they may not be as interested as they would have been in the past.

The Tampa Bay Buccaneers release of defensive tackle Gerald McCoy didn't set off the fire alarms at The Star in Frisco as the team has "very little" interest in McCoy, a source tells 105.3 The Fan's Mike Fisher.

A second source tells Fish that the Cowboys staff has yet to meet on the subject of acquiring the 31-year-old six-time Pro Bowler.

Fish adds that the Cowboys lack of interest doesn't mean Stephen Jones and Will McClay aren't "on the case," nor does it mean they will look to bring in a player that was owed $13 million before his release.

So why would Dallas not be interested in such a player? Had the Cowboys not invested a second-round pick in Central Florida defensive tackle Trysten Hill, they would be. But that sort of investment should give the team pause.

The Cowboys obviously would like to jump at a player of McCoy's caliber but at the cost of keeping their top pick off the field? Likely not, unless the price is just too good to be true.