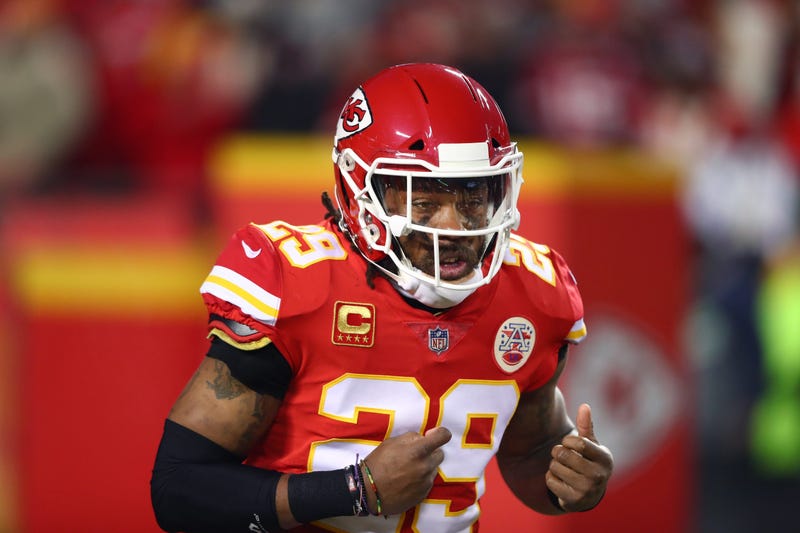 By Josh Clark and Mike Fisher

DALLAS (105.3 The Fan) - The Dallas Cowboys will investigate the health of Eric Berry after he was released from by the Kansas City Chiefs on Wednesday, according to 105.3 The Fan's Mike Fisher.
Because of Berry's 2014 battle with Hodgkin's lymphoma (in remission), and his recent injury issues, his case warrants a lot of research to be done, according to Fish.

“On behalf of my family and the entire Chiefs organization, I want to thank Eric for his many contributions to the Chiefs over the last nine seasons,” Chiefs Chairman and CEO Clark Hunt said. “Eric has been a tremendous leader for our football team and an inspiration to so many fans over the years, and we sincerely appreciate all that he has meant to the Chiefs. He will always be an important part of our Chiefs family, and we wish him nothing but the best in the future.”

Berry, 31, played in only three games over the last two seasons after he ruptured his Achilles. In February of 2017, Kansas City signed Berry to a six-year, $78 million contract.

The Cowboys were hoping to add a play-making safety in the offseason and had their eyes on signing Earl Thomas before he got a hefty contract from the Baltimore Ravens earlier today. They could get a do-over here, albeit with an older and more injury prone player.

Berry is a five-time Pro Bowler and a three-time first-team All-Pro. The Chiefs selected him No. 5 overall out of Tennessee in the 2010 draft.