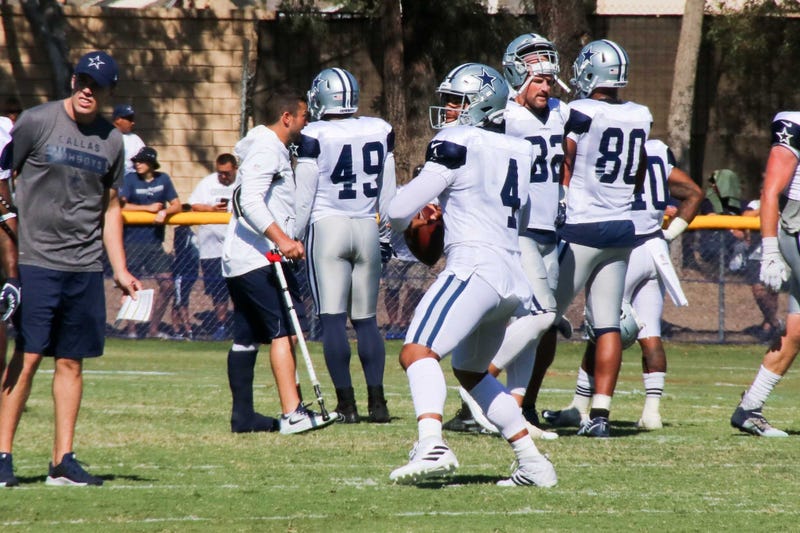 LOS ANGELES (105.3 THE FAN) - The Dallas Cowboys are on the verge of announcing a renewal of their training camp contract with the City of Oxnard, sources tell me, after flirting with the idea of staging the annual event in alternate locales including San Diego and Napa Valley.

Cowboys team officials and City of Oxnard higher-ups conducted negotiations during the team’s three-week stay in Southern California, and came to a tentative agreement to extend the arrangement, which has seen “America’s Team” train in Oxnard for eight consecutive years, and 14 times since the initial trip in 2001. Before that, earlier in franchise history, the Cowboys trained in Thousand Oaks, Calif.

Cowboys owner Jerry Jones declined to confirm my report, but did say, "We get so much good work in Oxnard because of the weather. We love that.''

San Diego is now without an NFL team as the Chargers have moved up the road to Los Angeles. The Raiders are leaving the Bay Area for Las Vegas in 2020 and it is uncertain whether their training site in Napa Valley would therefore be vacant. (Owner Mark Davis has expressed a desire to remain in Napa.) But in addition to the personal enjoyment the Joneses get out of their time in Oxnard, there is a marketing benefit, too, with the Cowboys keeping a connection with the fan base in that part of the state.

Combine that with the football benefits and you have the reasons the Cowboys plan to make Oxnard and Frisco their dual homes.