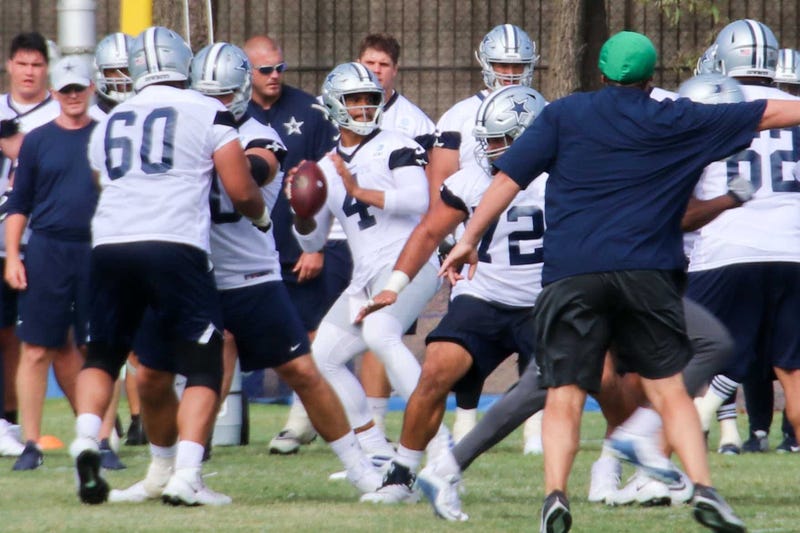 FRISCO (105.3 THE FAN) - Some fans started lining up at 3:30 Tuesday morning outside The Star in Frisco for the Dallas Cowboys' first practice. The Cowboys held an opening ceremony at 10:30 a.m. Tuesday, followed by practice at 11.

"I love it," says Bill Quinn, who brought a chair and sat down outside the doors at 3:30. "I'll do what it takes. If I see people getting out here earlier, I'll come earlier. I don't care. I'll spend the night out here. That's me."

Quinn had a bag full of shirts, jerseys and footballs he hoped to get autographed.

A few people back, a couple say they drove in from Mississippi last night. They had spent a week in California earlier this month.

"We met a lot of people from all over the country," the woman said. "Even some Eagles fans, we don't like them, but they're totally impressed. They said nobody even comes close to it. We're like, 'Heck yeah!'"

Parking and admission are free for the Cowboys' practices at 11 a.m. Tuesday, Wednesday and Thursday. The Star in Frisco will also be open for practices at 5:30 p.m. next Monday and Tuesday.