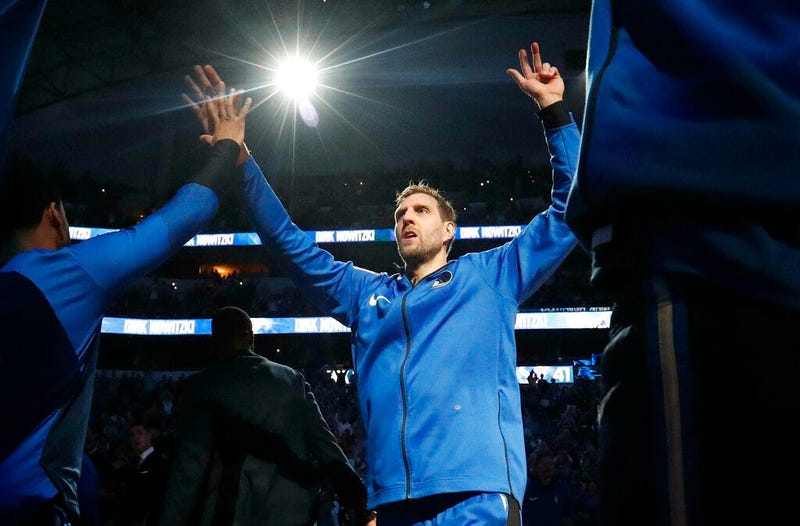 DALLAS (105.3 THE FAN) - Recently retired Dallas Maverick, Dirk Nowitzki, called into the Ben & Skin show Wednesday to talk about what he's been up to since his last game.

Nowitzki said he has been busy since retiring, and that he is spending more time with his three kids, work with his foundation, and not being in the gym.

"I've had ice cream almost every day, I've tried some suits on and they don't fit," Nowitzki said. "I'm probably about 15 [pounds> plus."

Nowitzki was honored in the state capital on Tuesday, saying he's never been to Austin and even drove through Waco for the first time.

When asked if he'll play a game of pick-up basketball, Nowitzki said his foot and ankle have been bothering him, restricting him from playing tennis. With the addition of Luka Doncic and Kristaps Porzingis, Nowitzki said he wishes he could have played one more year.

"This season was tough on me, I think a lot of people didn't notice it that much, I was struggling at times, I was in pain a lot during games. It was just not as much fun as it once was."

Listen to the full interview here!