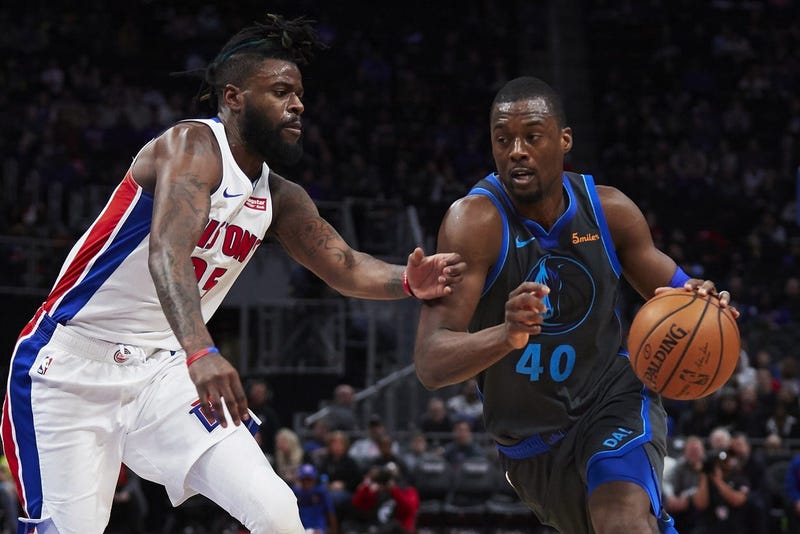 February 7, 2019 02/07/2019 3:52 pm
DALLAS (105.3 The Fan) - Recently traded forward Harrison Barnes posted a goodbye message on social media to the Mavericks and their fans.
"Thank you to the entire Dallas Mavericks organization, @mcuban (Mark Cuban), Coach Carlisle, my teammates and all the #MFFLs who have made Dallas feel like home for the last 2.5 seasons! I will never forget how the incredible fans in this city held it down at AAC every game, win or lose. Excited for the next chapter @sacramentokings!!!!! Isaiah 43:19."

Cuban responded to Barnes' tweet and thanked him for everything he's done for the organization.

"You have been first class on the court and off. Your voice and actions in the community have made a difference. Thank you HB."

You have been first class on the court and off. Your voice and actions in the community have made a difference Thank you HB https://t.co/l3drTkJIgr

"I got word of it in the middle of the game and that's obviously why he didn't play down the stretch," Carlisle said. "I had a chance to speak to him and thank him before everyone got in the locker room for over two and a half great years of being a model pro. I'm going to miss him an awful lot, but I believe he's going to have a great situation with where he's going.

"He's a special guy. He's about all the right things on the basketball floor, in the community. And he's an example for what you want your kids to be."