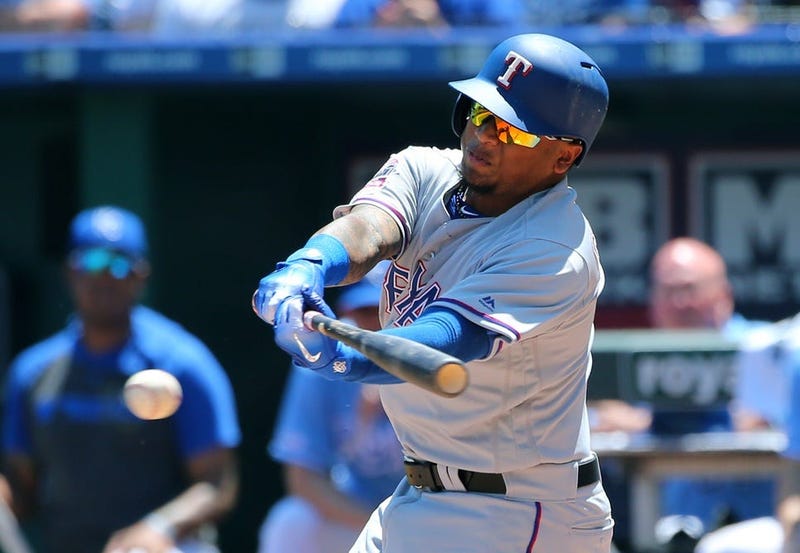 Calhoun will join Triple-A Nashville when they host Las Vegas.

Rangers manager Chris Woodward was asked by the GBAG Nation if Calhoun will immediately be brought back up to the big league club when he's ready?

"I can't say that for sure, but I'd like him to be," Woodward said Wednesday on 105.3 The Fan. "He did really well for us. He should be ready by the time we get back home on Monday (vs Cleveland). I would assume if everything goes well, unless he has a setback, which I don't perceive (he will).

"He feels almost 100 percent right now so he's probably going to get four games in Nashville and by Monday we'll have to make a decision. It would be nice to have him back ... we're looking forward to it.

Woodward also spoke by the decision to send Drew Smyly to the bullpen and said the club will go with a bullpen day on Friday in Cincinnati. Listen to the audio below.