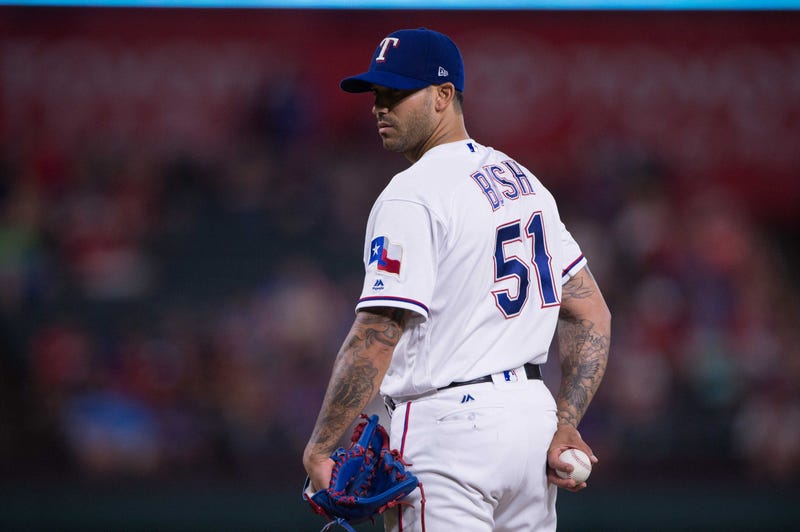 Rangers manager Chris Woodward said Wednesday on the GBAG Nation on 105.3 The Fan that the club has been monitoring the progress of Matt Bush with Double-A Frisco.

"I think it's actually sooner than you think. He's throwing the ball really well. All the reports I've gotten have been great," Woodward said. "I've talked to him a few times and he can't wait to help us out. It's getting close. I would say before the end of this month is when he'd probably be available for us."

Bush, a key reliever in 2016 and 2017, returned to the Rangers on a minor league deal in December and had been recovering from surgery to repair a partially torn ulnar collateral ligament in his right elbow.

In 2018, Bush attempted to become a starter but was moved to the bullpen midway through the season. He was then demoted to Triple-A Round Rock to work on his command when the injury occurred.

In two appearances with Frisco, Bush has allowed only one hit in two innings of work and has struck out two. Bush's fastball sat at 95 mph and topped out at 97, according to Jared Sandler.