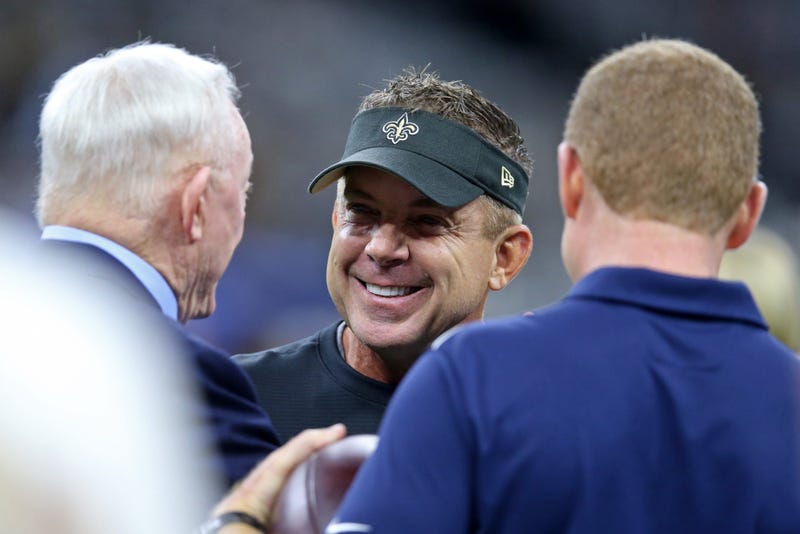 ARLINGTON - We can confirm the report of the Dallas Cowboys having contacted Sean Payton last offseason, hoping to steal the head coach from the New Orleans Saints. And we can suggest that Dallas should pursue the same path this offseason.‬‪The NFL Network story is accurate: After the Cowboys were ousted by the Rams in the NFL Playoffs, the Jones family used "back channels'' to reach out to Payton, a former Cowboys assistant who has ties to DFW and friendships with Jerry and Stephen Jones. ‬

‪Ian Rapoport notes that Dallas' interest may have helped to fuel the eventual five-year extension the Saints gave Payton. And of course, Payton's decision to remain in New Orleans - where he holds enormous power - triggered the Cowboys' decision to stick with coach Jason Garrett for one more season ... without an extension.‬‪The Cowboys are likely about to find themselves in a very similar circumstance from a season ago: A division winner, a playoff team, a step or three shy of true contention, followed by an exploration for a new coach.‬‪Garrett's lame-duck status is nothing new. Nor is Dallas' long-standing interest in Payton. But from where we sit there's one other aspect of this story that can remain the same: Payton's big contract extension was meant to assure that he never leaves the Saints. But that doesn't preclude the Joneses from taking another stab there, from offering him the financial moon while offering the Saints a draft-pick package and more.‬‪The Dallas Cowboys head coach search has already begun, with a visit with Urban Meyer and Jerry's open mention of college coaches Lincoln Riley and Matt Rhule. If Sean Payton was worth a phone call last offseason, he's worth a phone call this offseason as well.