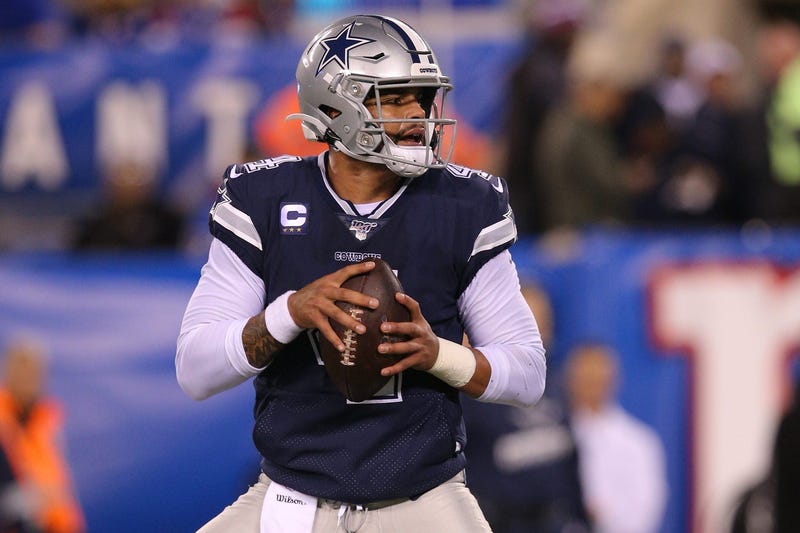 Prescott himself, though, in an exclusive Monday night visit on 105.3 The Fan, insists that while “My hands usually take a beating. ... My hands are good. We’re good to go. They feel great right now.”

Thursday night’s loss at Chicago was a painful one in many ways, especially as it dropped the Cowboys to 6-7. But it turned out to be more literally painful for Prescott, who during the game injured both the index finger on his right (throwing) hand and his left hand, which sustained a sprain.

Said coach Jason Garrett, noting that Prescott continued to play in Chicago despite the issues: "He seemed to come out of the game OK.''

Dak seems to agree with the optimism.

“(It's) just part of the game, honestly,'' he said on "The Cowboys Players Show.'' My hands they usually take a beating. That is the one place, I don’t know if it’s when I throw, I’m bring em’ back in and then I get hit or I’m protecting myself ... whether it’s I’m throwing a stiff arm or not, but my hands usually get beat up and they got beat up a little bit more than often.”

The team, still in first place in the NFC East, expects Prescott to play in the team’s next game Dec. 15 as the Rams visit AT&T Stadium. Prescott won’t need to experiment with the wearing of gloves this time, so we will monitor whether he’ll need to wear some sort of protective padding. Dak gave "credit to our training staff, our medical staff,'' for helping him ready for Week 14.

"I go through a process each and every week starting on Monday of how to get myself ready to play by Sunday and actually I had a couple of days to add,'' Prescott said. "So with that said, We’re good to go. (My hands) feel great right now.''