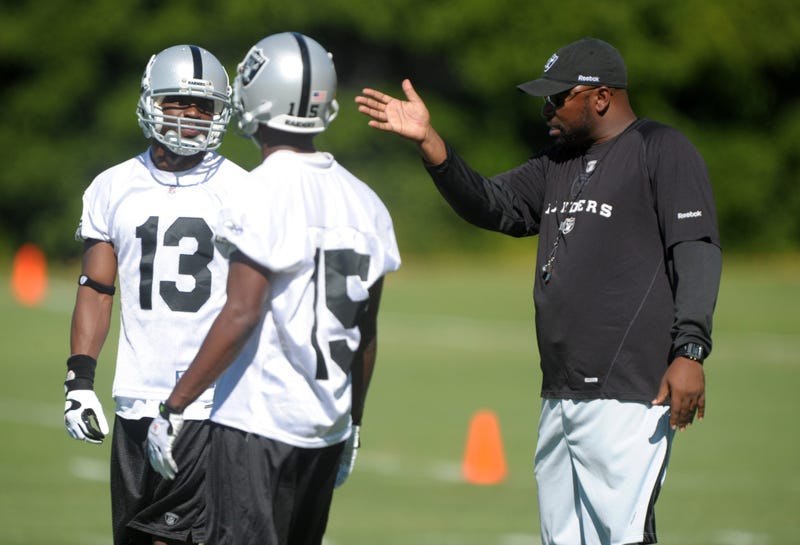 DALLAS (105.3 The Fan) - According to reports, the Dallas Cowboys are set to interview Browns wide receiver coach, Adam Henry, for the same position on their staff following the departure of  Sanjay Lal last week.

NFL Network's Mike Garafolo was first on the report.

#Cowboys are interviewing Adam Henry for their WRs coach role today, source says. Henry has been with the #Browns the past two seasons. Sounds like his reunion with Jarvis Landry and Odell Beckham will be short-lived.

Henry started his NFL career with the Oakland Raiders in 2007 where he was an offensive quality control assistant, before being promoted to Tight Ends coach in 2009, and helping Zach Miller reach the Pro Bowl and set career marks in yards and receptions.

Henry started coaching receivers at LSU in 2012, where he coached both Odell Beckham Jr. and Jarvis Landry for two seasons and helped them become the first pair of wideouts in LSU history to finish with more than 1,000 yards receiving in the same season in 2013.

He then moved on to the NFL in 2015, where he coached receivers with the San Francisco 49ers, before rejoining Odell Beckham with the New York Giants in 2016, one of the best seasons of Beckham's career.

After that, Jarvis Landry and Henry were reunited in Cleveland in 2018, as the Browns moved to sign Henry to a three-year deal. Beckham would soon become a Brown as well, bringing the trio together once again.

2019 was a tumultuous year for the Browns, however, and following the firing of head coach Freddy Kitchens after just one season, the three's short reunification may be in jeopardy.

Beckham had 74 receptions on 133 targets and just four scores this season, while Landry had a bit more success, catching 83 balls on 138 targets with six touchdowns of his own.