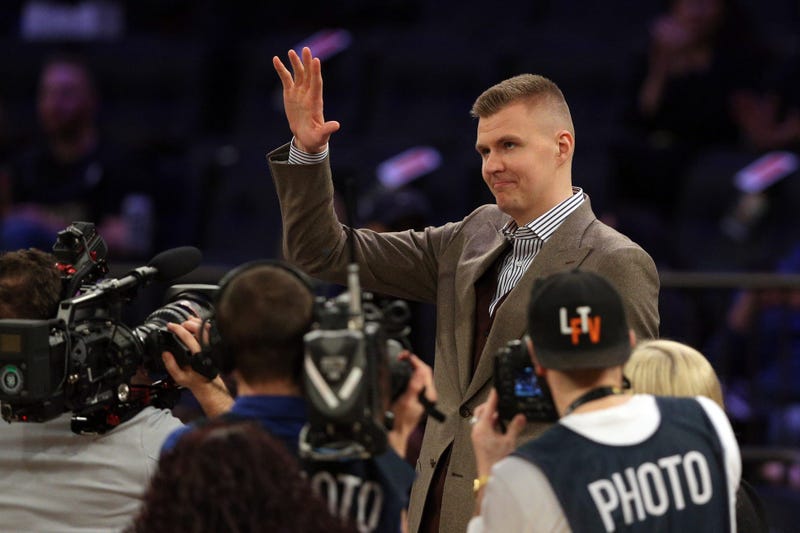 DALLAS (105.3 The Fan) - Dallas Mavericks owner Mark Cuban says Kristaps Porzingis never had intentions of playing this season because that's what his team decided was the best course of action for his rehab.

Cuban was asked during a conversation with 105.3 The Fan's Ben and Skin Show if they had already determined they would sit Porzingis for the remainder of the season even before the Mavs medical staff had a chance to look at him?

"No. He had already put together a plan. That basically defined his rehab so that he would not play this season. And, so, it was all orientated towards that because that's how he structured his workout schedule. ... Each step that he would take to get back to the ability to get back on the court, and that's what they had worked out with the Knicks so there was no reason not to stick with it.

"One of the reporters from New York asked a question about the timeline at which point he'd be re-evaluated (the middle of February), and that was a date the Knicks had said. We're in no rush to get him to a re-evaluation point ... we're willing to stick to the existing time schedule and get him ready for next year."

Cuban was then asked to confirm the timetable was determined by Porzingis and his group, that the team believes in the timetable, and that it will have no impact on their ability to sign him to an extension this offseason?

"No. They put together the timetable. That's how the designed all their rehab to that timetable. There's no reason to challenge it," Cuban said. "It's not going to impact whether he signs here or not. Really it's just a question of will he be comfortable and we know he will be."

Porzingis has been out since he tore his ACL in February of 2018. He confirmed at his introductory press conference Monday that he would miss the rest of the season.