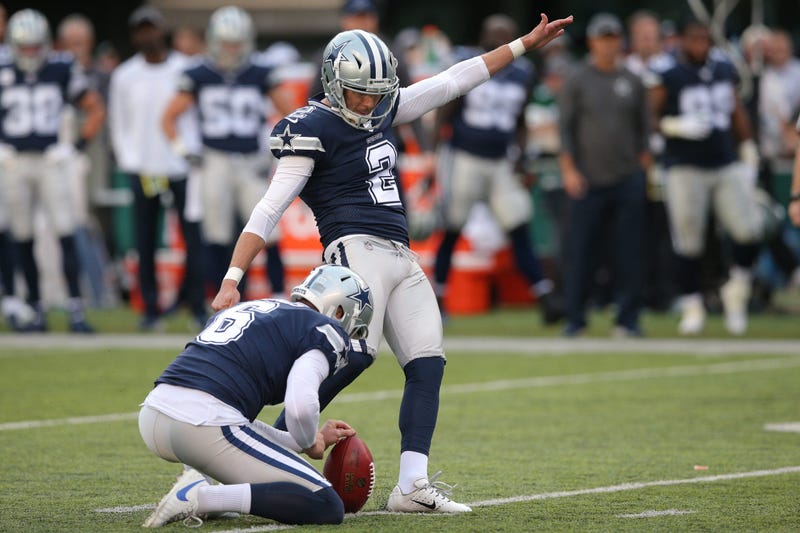 DALLAS (105.3 THE FAN) - After suffering another loss, Dallas Cowboys head coach Jason Garrett says he still believes in his players, coaches and staff.

But with Cowboys kicker Brett Maher missing another field goal attempt, Garrett says they will have to take a hard look at his job.

"Obviously, we have to do a close evaluation of it" said Garrett on his weekly post game show with The Fan's Shan & RJ. "We brought three kickers in earlier in the week. We decided to give Brett an opportunity this week. It didn't work out. So we have to take a real close, hard look at that."

Maher is 20 for 30 on field goals this season after going 1 of 2. The 10 misses are more than any other NFL kicker has had in a season the past four years.

Looking back on the loss, Garrett would not focus on or point out any one thing that led to the team's third straight defeat.

"I believe in our guys, the coaches, the players and the staff." said Garrett. "I believe we can be that team, and play at a high level."

“I can't put a finger on it,” said Prescott, the NFL's passing leader, after the game, “I wish I could right now. If I could we wouldn't be in this situation, we would be getting over this and out of this slump, but that's the most frustrating part, we have the skill level, we have the players, we have the chemistry at times, But we're not playing together as a team, complementary enough when we need to, and we need to figure it out.”

Michael Gallup had 109 yards receiving. Amari Cooper caught six passes for 83 yards and a touchdown, but the Cowboys lost their third straight. They lead Philadelphia by a half-game in the division.

"I know we have the right pieces in place, right players, right talent. Just about doing it instead of talking about it," Cooper said.