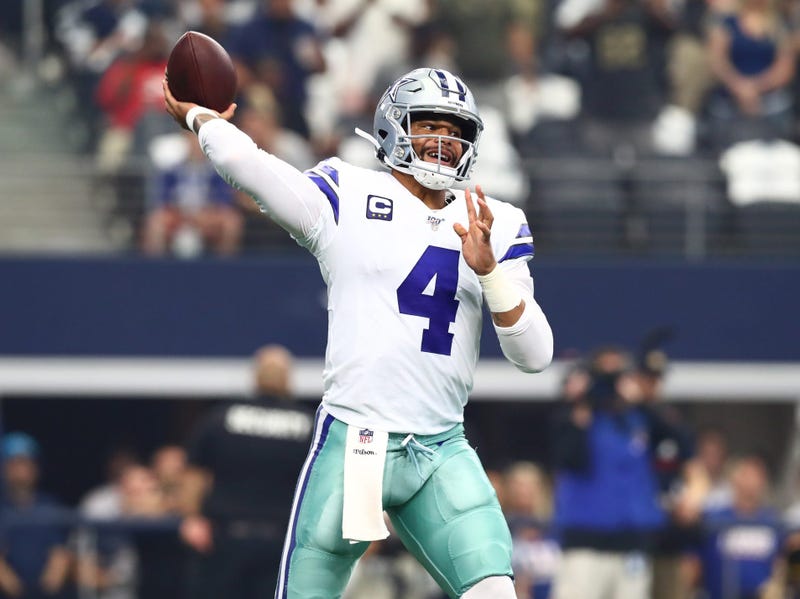 So yeah, a comment that compares Dak to Brady - context be darned! - is a headline-grabber.

Jones was asked during his appearance on Friday's "Ben & Skin Show'' on 105.3 The Fan if Dallas' present-day quarterback Dak Prescott shares more similarities than his Cowboys' predecessor, the Jerry fave Tony Romo, or the iconic winner of three Cowboys Super Bowls, Troy Aikman?

"I think he's more like Brady,'' Jones replied, in what on the surface -- and OK, maybe deeper than the surface -- is an eyebrow-raiser. "We know Tom Brady and he's not Tom Brady. But he's evolving into a guy that will beat you. I think we got us one in Dak."

I'm especially glad Jerry added the context ... though that won't stop the headline-grabbing and the click-baiting by some observers and aggregators who will either a) Not know what Jerry really means, or b) Not care about the true meaning.

In context, Jones is clearly saying that the New England Patriots superstar Tom Brady has credentials that are beyond compare. The Pats quarterback is an annual staple in the NFL’s biggest game, having just last season playing in his ninth career Super Bowl and winning his sixth.

But ... Jones is aware of Brady's qualities on and off the field. Leadership. Charisma. And the ability to carry a franchise. Prescott certainly possesses those first two traits, and when Jones talks about "putting all our stock in our future with Dak,'' a phrase that he's now used with me a couple of times, it's clear he envisions Prescott being able to carry a franchise, too.

It so happens that Prescott was but a fourth-round pick (in 2016), and has greatly exceeded the expectations that came with his selection. Meanwhile, famously, Brady was but a sixth-round pick (in the 2000 NFL Draft!) and is therefore the greatest "steal'' in draft history.

In truth, Dallas can only dream of the Dak-led Cowboys reaching the heights of the Brady-led Patriots. But it's a fine thing to dream about ... as long as the 3-1 Cowboys wake up in time for Sunday's visit from the 3-1 Green Bay Packers, led by Aaron Rodgers ... yet another legendary QB figure for Prescott to emulate.