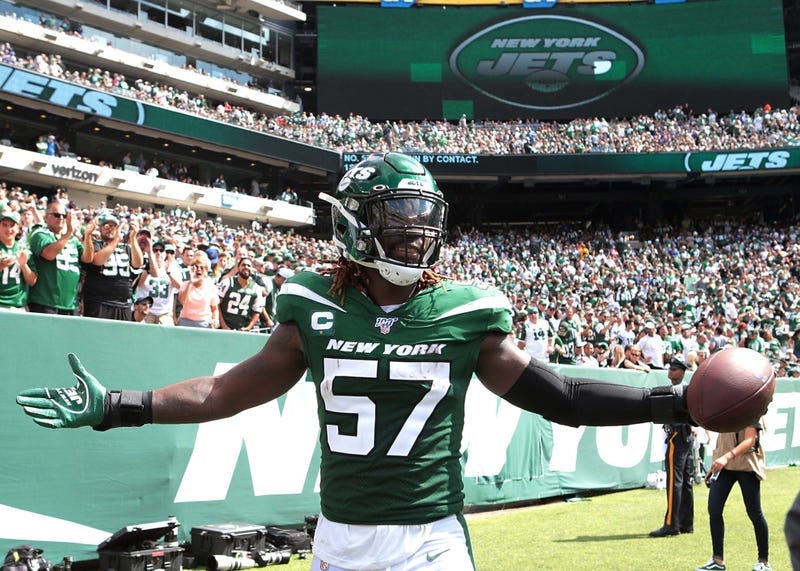 October 9, 2019 10/09/2019 3:31 pm
DALLAS (105.3 The Fan) - Coming off back to back losses to the New Orleans Saints and Green Bay Packers, the Dallas Cowboys have an excellent opportunity to get back in the win column this week against the 0-4 New York Jets. Their chances, as high as they are already, may have improved even more after the Jets all-but ruled out linebacker C.J. Mosley Wednesday.

Head coach Adam Gase informed the media at today's press conference that the four-time Pro-Bowler is "doubtful at best" for Sunday's game as he continues to recover from a groin injury he sustained in Week One.

In another blow, New York was hoping the return of suspended tight end Chris Herndon, along with the return of quarterback Sam Darnold, would help jumpstart the offense. Herndon, however, hurt his groin while running routes on his own Friday and will not practice Wednesday, Gase announced.

Darnold was cleared to return to the field Tuesday after he missed the last three games with an enlarged spleen as a result of getting mono.