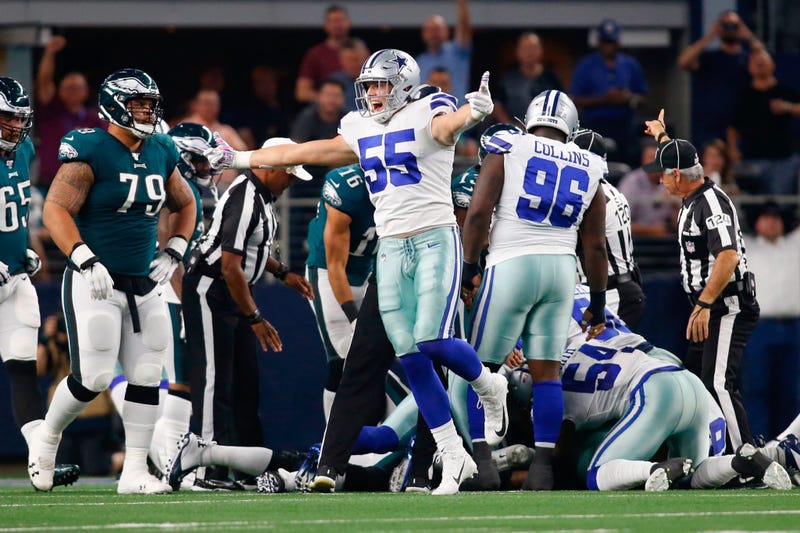 DALLAS (105.3 The Fan) - The Dallas Cowboys were hoping to get linebacker Leighton Vander Esch ready in time for tonight's game against the New York Giants, but ultimately the second year pro won't suit  up tonight in the Meadowlands.

Vander Esch was a limited participant in practice throughout the week (neck) before several reports emerged over the weekend that his status was in doubt for Monday Night Football.

The Boise State alum suffered a neck injury in the Cowboys Week 7 win over the Philadelphia Eagles and the hope was that the bye week would be enough time to get him healthy enough to play.

Sean Lee will start at inside linebacker and Joe Thomas will see more action.