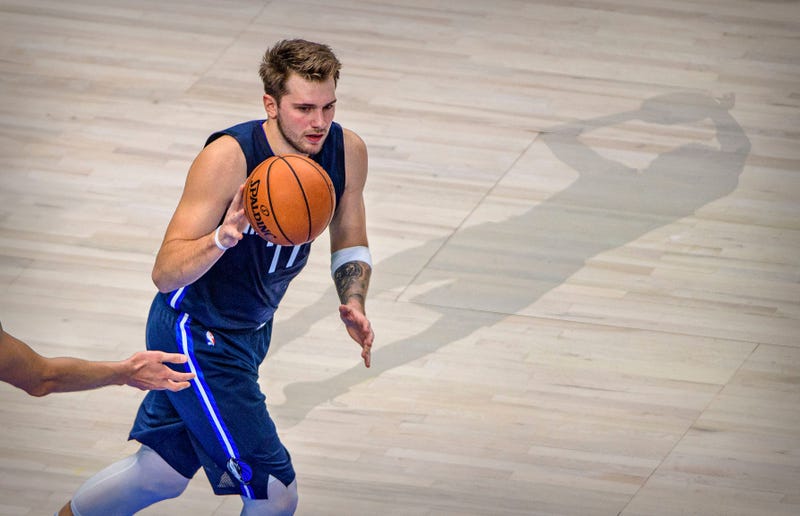 DALLAS (105.3 The Fan) - Luka Doncic has been on a historic offensive tear through the first 16 games of this season, and at the tender young age 20, has found himself right in the middle of the discussion for the League MVP.

For context, Doncic is averaging 30.6 points, 10.1 rebounds, and 9.8 assists, with a Player Efficiency Rating of 33.32, which are better numbers across the board than the King himself, LeBron James, had ever previously averaged in a single season through the last 16 seasons of his career.

James is averaging 11 assists per game this season and is the lone player in the league averaging more assists than Doncic to this point, but only Oscar Robertson and Russell Westbrook have been able to do the things that Doncic has done this season.

Even more impressive, is that Doncic is playing just 33.6 minutes per game, which is significantly fewer minutes than other stars like LeBron James, James Harden, Damian Lillard, and Pascal Siakam.

If one was to search for a caveat to set next to Doncic and the Mavs ridiculous stretch, in which they have won their last five in a row it would have to be the competition, which has been more than favorable for the Mavs so far, with only five of the 14 unique opponents that they have faced having records above .500 as of today.

With that said, Doncic will be facing easily his toughest individual test of the season when Kawhi Leonard, Paul George, and the Clippers, who are arguably the top perimeter defensive tandem in the NBA, invade the American Airlines Center on Tuesday night.

What Doncic does against the kinds of physical tests that George, Leonard, Clippers head coach Doc Rivers are able to throw at him, will be interesting enough, but the mental part of the game will be even more fun and a much more critical aspect in how this game turns out.

Both Leonard and George are more than just veteran defenders, they are savvy, physical, smart, opportunistic, and perhaps the two best individual defenders in the league today, and each will have their opportunities to frustrate Doncic throughout the game.

Whether or not Doncic has come so far in his development that he can withstand that kind of test, and continue to put up the kinds of numbers he has been putting up as of late, remains to be seen, but if the Clippers can't slow down the 20-year-old Slovenian wunderkind, there might not be anyone on the planet who can.

The Mavs and Clippers tip-off tonight at 7:30 from the American Airlines Center.