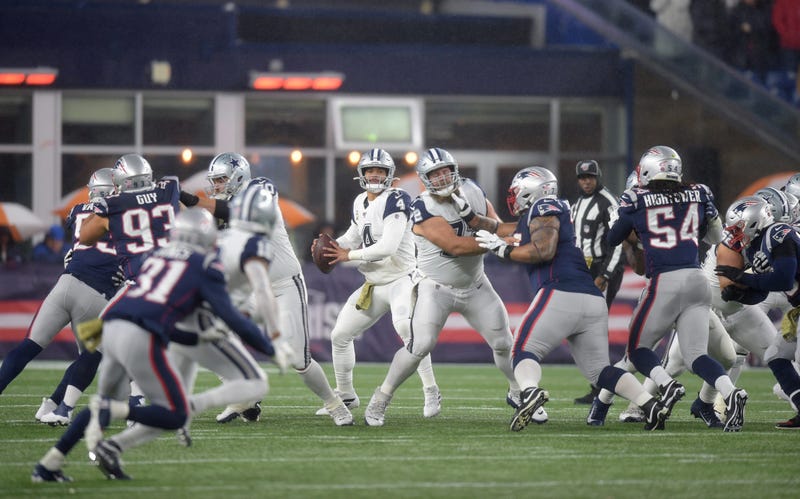 DALLAS (105.3 THE FAN) - The NFL informed the Dallas Cowboys that the tripping penalties on center Travis Frederick and left tackle Tyron Smith should not have been called in  the loss against New England, according to reports.

The two tripping penalties hit the Cowboys at the worst possible moments in the game.

With 3:01 left in the first quarter, Tyron Smith was called for tripping. A few plays later, the Patriots blocked a punt, setting up the team’s only touchdown of the game.

The second penalty occurred with the Cowboys trailing 13-9 in the last few minutes of the game. Dallas managed to convert a huge 3rd and 1 on their own 35-yard line, but the play was called back due to a tripping penalty on Travis Frederick.

The Cowboys did not convert on the next two plays, turning the ball over to New England.