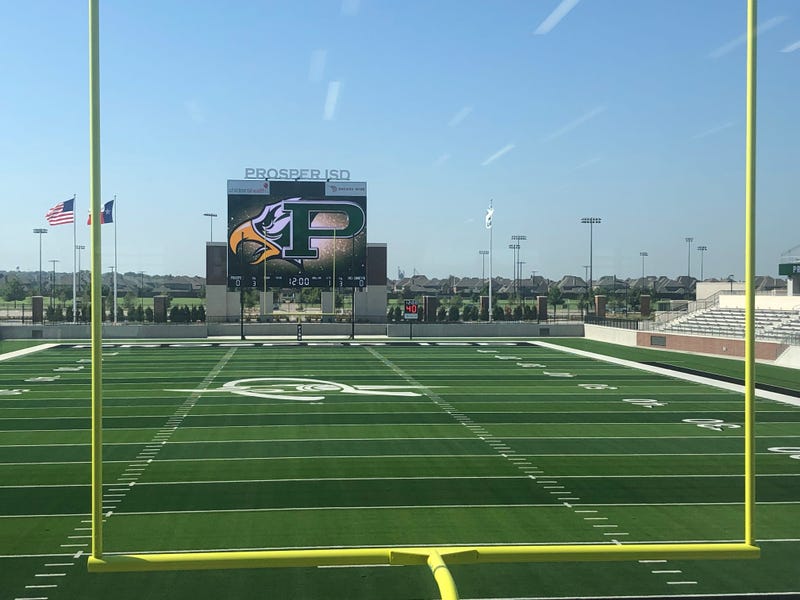 PROSPER (KRLD) - Prosper ISD is getting ready for its first football season at the district's $53 million stadium. The Prosper High School football team will hold its first game at the stadium August 30.

The team will start scrimmages this weekend, and the band will start practice at Children's Health Stadium next week.

"That is the pure joy, when you just see how excited they are, the pride they will have for getting to play in a stadium like this. It's very exciting," says Prosper ISD Athletic Director Valerie Little.

The stadium can seat 12,000 people and has the largest video board of any high school stadium in Texas.

Little says Prosper had outgrown its previous stadium, which could hold 3,500. Prosper now has 4,100 students.

The partnership with Children's Health runs for ten years. Children's Health has doctors and concussion specialists on the sidelines of each game and will have a clinic at the stadium that can provide treatment or take X-rays immediately.

"The coaches here are wonderful, and most of the coaches across the State of Texas, when the injury occurs now, instead of that pat on the butt, they point at the athletic director and say, 'Go there. Let them figure it out,'" says Chad Gilliland, the senior director at Children's Health's Andrews Institute.

The stadium opens this weekend with a celebration. Saturday, Prosper ISD will hold a ribbon cutting ceremony at 6:45 p.m. Prosper will then hold a celebration and fireworks show.