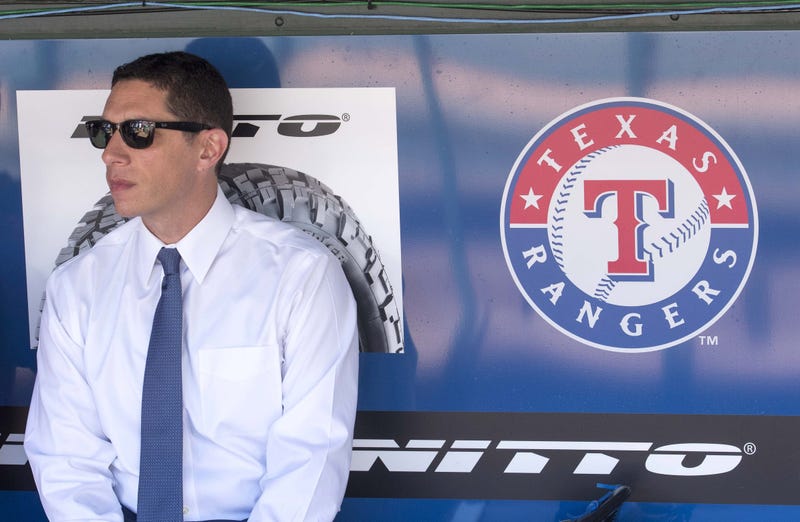 DALLAS (105.3 The Fan) - The Texas Rangers evaluation process is underway after their season came to an end Sunday without a postseason appearance for the third straight season.

Rangers general manager Jon Daniels spoke to the media on Tuesday about the season and the club's plans for next year. You can view that video right below:

As he did every week this season, Daniels later called into the Ben and Skin Show on 105.3 The Fan to answer more questions.

Here some of the highlights:

Is the club's third baseman for next season on the roster currently?

"I don't know. We're definitely going to look outside (the organization) in that particular spot and see if there's the right fit for us. Obviously, there's some good players available, but there's a lot of other teams that are going to be involved in that, so we'll see. But, if we do bring somebody in from the outside, whether it's a trade or free agent ... then Danny (Santana) or (Nick) Solak, or Kiner (Isiah-Kiner Falefa) ... I think you've now created some competition at some other spots, as well."

Are there any specific positions you specifically need this offseason?

"Probably the top-two areas would be starting pitching and third base. I think those are probably two areas we'd like to address if we can. You can make a case that we can upgrade a number of spots ... and we're not going to do so externally in all of these areas ... catcher, first base, and center field are areas we can be better in, as well."

Will ownership allow you to be a player in free agency?

"We're going to be involved. Where that ends up, I don't know. So much of it is going to be market-driven and what the going rates are, what the acquisition cost is whether it's trade or free agency. The last couple of years we were kind of (in on) the middle tier of free agency ... that's where we got Lynn and Minor ... I think we're going to be looking at a bigger pool of players this year. Our payroll is going to go up with the new ballpark."

Daniels also discussed whether he feels that the team needs to trade one of their left-handed hitters, when they will be able to use the new stadium to help in their pitch to free agents, and much more.