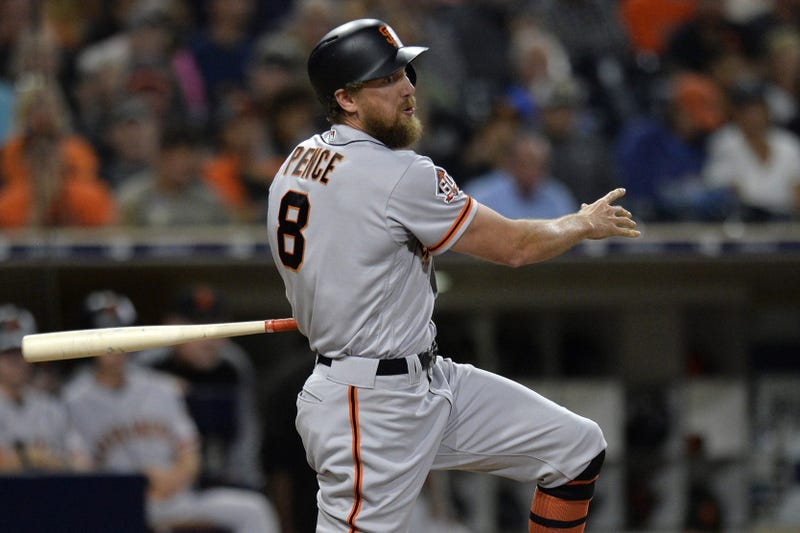 "He’s got a long track record of being an elite teammate; a decorated, productive player on the field. From a standpoint of pedigree, makeup, and way he goes about the game, it's consistent with the messaging of what we want this team to be about," Rangers president and general manager Jon Daniels said Thursday, via Evan Grant of the Dallas Morning News.

The Arlington High School star spent the last six and a half seasons with the San Francisco Giants. In 2018, Pence hit .226 with 4 home runs and 24 RBI in 97 games. He missed a month and a half of the season with a right thumb sprain.

Pence, 35, spent the first four years of his career with the Houston Astros after they selected him in the second round of the 2004 MLB Draft. He's a career .280 hitter.

Texas already has several options to play corner outfield next season, however, Pence is a right-handed hitter. He makes some sense as a guy that could step into the mix with Nomar Mazara, Joey Gallo, Shin-Soo Choo and Willie Calhoun all being left-handed.

The Rangers also made Matt Davidson's signing official. Davidson will both pitch and play in the infield.