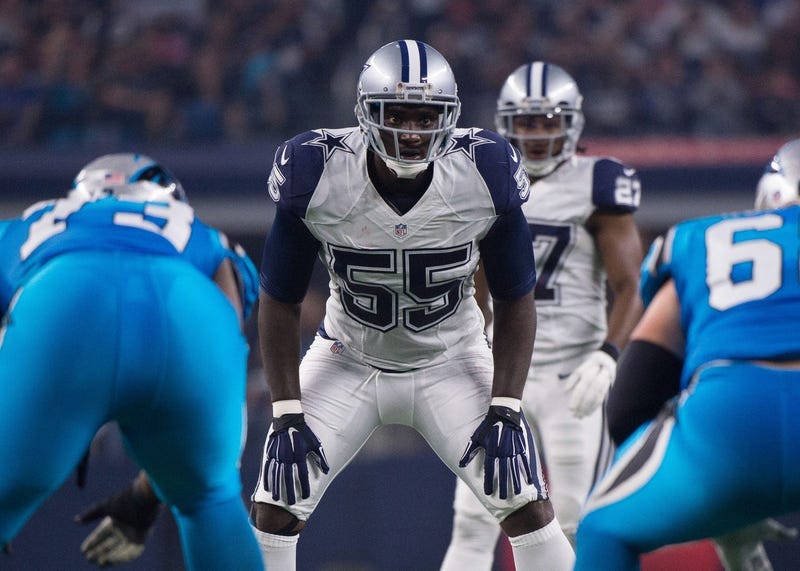 September 2, 2019 09/02/2019 7:55 pm
DALLAS (105.3 The Fan) - After being recently reinstated by the league on a conditional basis following a lengthy suspension, the Dallas Cowboys have released linebacker Rolando McClain.

Cowboys will release LB Rolando McClain per source. He'll be a free agent, able to sign with any team.

The Cowboys originally acquired McClain in 2014 in a trade following an injury to star linebacker Sean Lee that would hold Lee out for the remainder of the season. During that season, McClain helped to solidify the Dallas defense, starting 12 games and amassing 81 tackles, nine tackles for loss, two interceptions, and a forced fumble.

McClain's troubles as a Cowboy would start the following year when he was suspended for the first four games of the 2015 season for violating the NFL's substance-abuse policy.

McClain would be suspended again for the same violation the following season, this time for 10 games, before failing a third drug test and being suspended indefinitely by the league.

Despite his conditional reinstatement on August 30, the Cowboys likely had no intention of keeping the 30-year-old linebacker on the roster, with the group already being led by two young stars in Jaylon Smith and Leighton Vander Esch, as well as being supplemented by veterans Sean Lee and Joe Thomas.

Dallas began its first week of regular practice on Monday, in preparation for their season opener against the New York Giants on Sunday, September 8th.