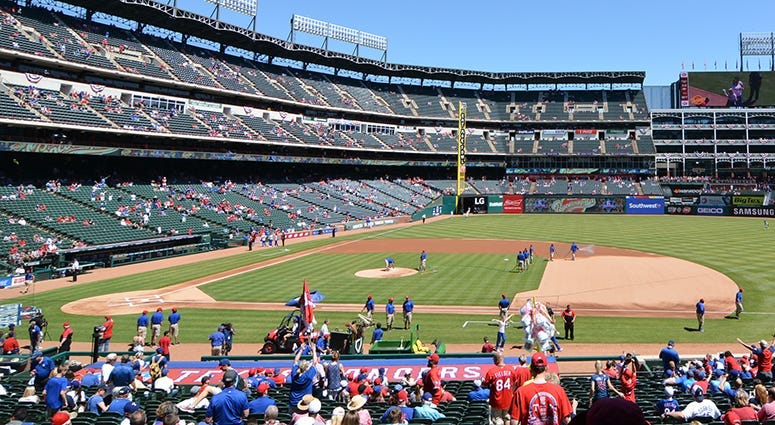 So, in honor of International 'Bat' Appreciation Day today, what better way to celebrate than to find out some of the specifics of what goes into that process? That's why I went into the Rangers locker room to speak with a trio of players and find out just what their bat means to them:

OF / DH HUNTER PENCE:
On his material preferences:

PENCE : "I order the same length and weight, but I've tried different models throughout the year. So far this year, I've been locked into this Tucci bat. It's felt really good. I haven't broken as many as I do in the past, so I'm getting to have better, deeper relationships with my bats."

On what his bats mean to him:

PENCE: "I really appreciate my bats. They make my job possible. I've gone through many different phases throughout my career where I used to name them. I still do, but I used to write it on the knob. They have personalities, and I enjoy working with them."  (Some of the names Pence has used: Flash, Bolt, Tiny Tim, Big Jim, Big Papa, Bomber)

On how he maintains a positive relationship:

PENCE: "Always feel the barrel before every at bat. That's the target, we're trying to hit the barrel as much as we can. And we're going up there as a unit."

WISDOM: "They vary. Anywhere from 33 inches to 34 inches, and they vary in weight, too."

On why he likes to change lengths and weights:

WISDOM: "It brings up the argument of 'is it the aimer or the arrow', and sometimes I think it's the arrow.  I think it's just the feel. You know, you pick it up and say 'this is a winner.'"

On how many bats he breaks in a year:

On whether or not he talks to it:
WISDOM: "I talk to it, yeah. Sometimes I yell at it. But sometimes, I caress it and tell it how good of a job it's doing. Sometimes I'll put it back in the bag it he doesn't do it's job."
1B RONALD GUZMAN
On material preferences:

On why he likes maple:

GUZMAN: "I just feel like it's the best wood. I like ash, too, but I hit in BP with it and they just rip too fast. So I like maple because it lasts longer."

On how many bats he needs for a 9-game road trip to feel safe:

GUZMAN: "Six! (laughing)  Ya, six bats. I break a lot of bats. I'll have probably a week or two without breaking any bats, then one game, I break 3 bats and stuff like that. So I take 6-7 bats on the road for a 9-game trip."

On what he does to say goodbye to his broken bats:

GUZMAN: "If it breaks with a base hit, then ya, I'll say 'thank you', give it a couple of kisses, and then 'good bye'. If I break it with a pop-up or something, it's like 'ok, thank you for coming, good bye.'"