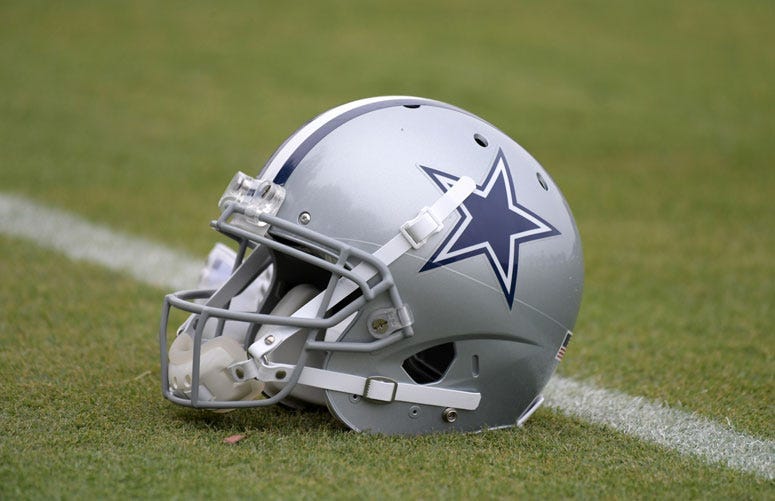 FRISCO (105.3 THE FAN) - Top 10 Tips from here inside The Star as the NFL Draft is about to commence ... with the Dallas Cowboys waiting patiently ...

1) Dallas is looking for a "plug-and-play starter'' with its first pick. But how do the Cowboys accomplish that when a) they have a deep and talented roster and ...

2) ... When b) they don't draft until No. 58 overall? Does "plug-and-play'' mean "when an actually starter gets injured'' or "by Week 5''? Remember, last season, not even Leighton Vander Esch became a starter until an injury opened up the slot.

3) Is the answer a trade-up? If Dallas wants to get up in the 40's, it likely costs Nos. 58 and 90. The biggest argument against it? On a salary-cap roster that is about to be very top-heavy, the Cowboys need a lot of "middle class'' and "minimum wage'' employees. Therefore, the more darts they have to throw here, the better.

4) Still, in Jerry Jones' first 26 years in charge here, he traded out of his original top draft spot an astounding 20 times!

5) In the unlikely event he slips beyond the first round, injured defensive tackle Jeffery Simmons from Mississippi State would be a good place for Jerry to go "wild-cattin' in Round 2'' as he so often has.

6) But the Cowboys might even have to sweat a great deal in hoping one of their preferred safeties fall to them. I assume the Cowboys love Nasir Adderly (but he'll go in the first round) while hoping (in order, I believe), either Jonathan Abram, Juan Thornhill or Taylor Rapp slips toward them at 58.

7) Somewhere in here Dallas also wants a caddie/heir to Ezekiel Elliott. Good names: Alabama's Damien Harris is in play at 58, with Trayveon Williams of Texas A&M and David Montgomery from Iowa State in play after that.

8) Jaylon Ferguson, the EDGE rusher from Louisiana Tech, may be a "subpar athlete.'' But I know Dallas has done a lot of studying here and if you believe "the tape does not lie,'' and you see all those sacks, you understand the attraction.

Way higher than Ferguson, I think, is another EDGE, Jachai Polite from Florida. ... but he experienced what history might recall as "The Worst Combine Ever.'' So, at 58, you get imperfection.

9) I'm going with reasonably-dreamy picks that Dallas can make in this NFL Draft in Rounds 2, 3 and 4 that would, I think, leave the Cowboys satisfied -- "A Trio of 'T's: Taylor (Rapp) and his slowness, Trysten (Hill) and his immaturity and Tayveon (Williams) and his status as a backup. ... knowing full-well that I might end up being a round off on each and every one of them.