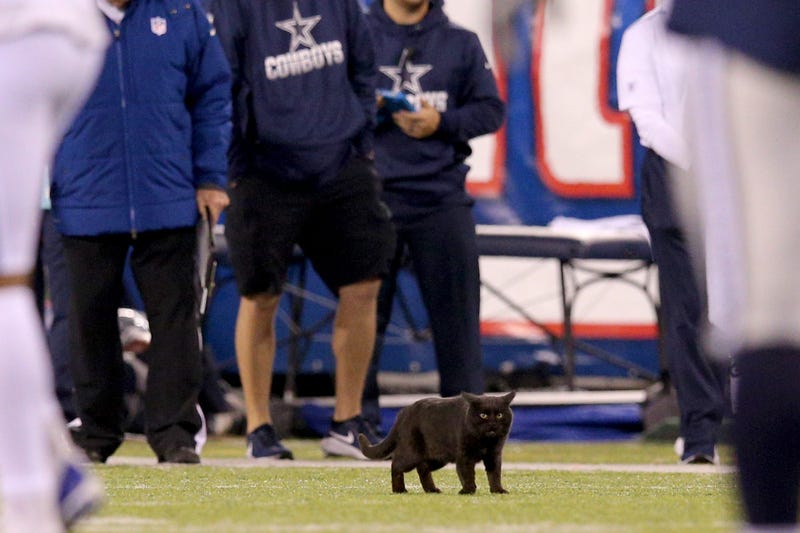 A cat by any other color is just a cat.  But a black cat is unmistakable.

The black cat is sleek and regal and its mere presence will make anyone stop dead in their tracks.

The black cat in modern American culture is a symbol of bad luck, but that’s not why the black cat is the perfect metaphor for the 2019 Dallas Cowboys.

Cats are creepy. Dogs are dumb enough to submit fully to their human pals, but cats, they’re off in the distance peering with contempt. They’re judgmental. They’re self reliant and self assured.

Black cats are also not as synonymous with bad luck as you might have thought. For instance, in the UK, black cats are considered good luck. In some countries the arrival of a stray cat signifies prosperity. In Eastern cultures it is believed that a lady who owns a black cat will have many suitors.

In America, the likening to bad luck means black cats have significantly lower odds of adoption from shelters compared to other colored cats.  Some shelters are also leery of adoptions of black cats around Halloween for fear they will be tortured, or used as "living decorations" for the holiday and then abandoned.

But there’s also something delightfully intriguing about black cats. Something mysterious. Maybe it’s the yellow eyes. Maybe it’s the history and context for which they are a victim to, but not conscious of. Or maybe it’s because they’re just misunderstood.

Dak Prescott is a black cat. He’s an MVP candidate, having the best year of his career, and yet there’s no amount of late game theatrics that will invalidate the inaccurate narrative that he’s a bus driver.  Amari Cooper is a black cat. He was a cast off from a Raiders franchise that believed he didn’t love playing football. In 2019, Cooper is 8th in yards, 2nd in TDs and 6th in yards per game among receivers, and he’s put up these numbers despite a host of lower body maladies. But, yeah, I’m sure he doesn’t love football. Michael Bennett is a black cat. A football nomad, sent away from New England, a place where if you can’t make it work there, you can’t make it work anywhere. Sean Lee is a black cat. The oft-injured LB is the brunt of every injury joke imaginable. Jaylon Smith is a black cat. He was on track to be a generational talent before a devastating knee injury took him completely off of some team’s draft boards. Jason Garrett is a black cat. The red-haired, clap happy head coach, who the media swears up and down is different privately than he is publically.

The Dallas Cowboys are the black cats of the NFL. Every year they are relegated to the periphery, classified as a has-been franchise, with an expired tag as “America’s Team.” Every loss is an indictment on their franchise and illustrated through memes. Yet, simultaneously they’re the richest, most profitable franchise in all of sports. They sell out everywhere they play and are ratings gold for every network. If they’re not America’s Team, then there’s no such thing.

It’s not just from the outside looking in either. Most Cowboys fans still believe they won’t accomplish much in the way of championships until Jerry Jones is gone, and yet Jerry is gone, for all intents and purposes. He signs off on big deals, but is almost completely hands off in the personnel department and when it comes to negotiating.

There’s a certain poetry to being able to hide in plain sight. They remain severely underrated in the national consciousness and yet play perpetually with a target on their backs.

The Dallas Cowboys are as misunderstood as the black cat who ambled into the light from the darkness in the middle of the field at MetLife Stadium on Monday Night Football. After all, a cat by any other color is just a cat.