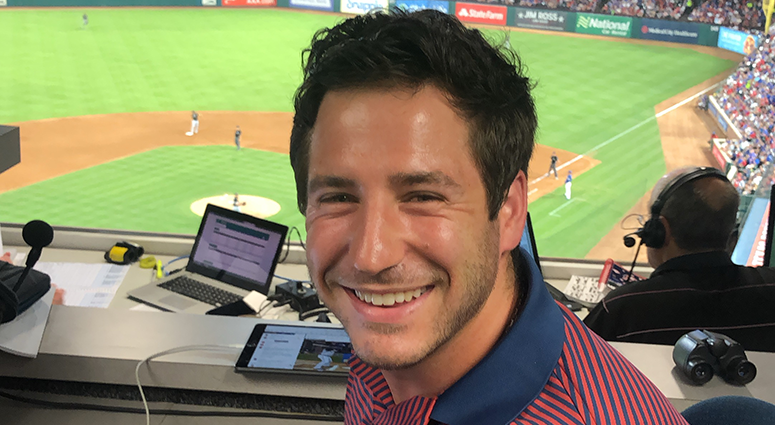 We live in a world where people like to be right and to some degree let others know when they’re right. I like being right, too! But, I figured I’d take some time to let you know just some of the things I’ve gotten wrong in the sports world! So, here we go. These are things I actually believed.

I was sure that…

…the Houston Astros would win the 2016 World Series. They were so impressive in 2015 but just lost steam. With another year under their belt, I thought they had the talent with the assets to add in July but they just never found their rhythm.

…Anthony Davis would never be a legitimate franchise player. While he probably hasn’t won at a level proportionate to his ability and health is a fair question, there’s no doubt he’s one of the true elite talents in the NBA. Looking back, I’m not sure what I was thinking and can’t recall a strong basis for this claim that has proven very untrue.

…Rougned Odor was in the beginning stages of a Hall of Fame career. I mean, it could still happen but he certainly isn’t on course for it. Why did I think that? He broke in at a young age and was already tallying up home run numbers at a rate unique to second baseman. But it takes more than that, especially these days when everyone is hitting home runs. Could the tide turn? Sure, but he’s got a loooooong way to go before we even bring up HOF and Rougie.

…the Mavs’ trade for Jason Kidd in 2010 made no sense. Devin Harris was young and athletic while Kidd was closer to 40 than he was 35. The reality is that the Mavs don’t win the title without Kidd who was able to retool his shot and come playoff time in 2011 was clutch not only as a passer but as a shooter and, of course, the floor general.

…breaking up the 2011 Mavs was the right thing to do. And maybe it was, but the results in the subsequent seasons certainly didn’t bode well. One thing is for sure and that is that the lockout and change in CBA rules from a financial perspective didn’t help, but the Mavs could have kept those guys if they wanted. I just thought the Mavs caught lightning in a bottle from a health standpoint with Tyson but in retrospect, he stayed relatively healthy for the next four seasons.

…Miguel Cabrera would age better than Justin Verlander. I was in Michigan at the time and one of the big questions was whether the Tigers should extend Verlander or Miggy if they could only afford one. Well, they extended both and the Verlander deal looked bad at first but he found a second wind thanks to his tireless work ethic and maybe some other factors. Either way, as we enter the 2020 season (eventually), he’s still one of the game’s best hitters. Miggy? Definitely one of the best right handed hitters of all-time but at this point he’s just a guy.

…Pierre Turgeon would help the Stars in a big way. Before the Stars signed him in the summer of 2001, it felt like Turgeon scored every dang time he faced the Stars. While that wasn’t quite true, he did average around 70 points/season with the Blues over the previous five years. With the Stars he totaled just 54 points over three seasons.

…the basketball world was going to mirror the soccer world with its distribution of talent by 2018 (10 years after Josh Childress left the NBA to go to Greece). My thought was that with as much of an international sport as basketball was and is, we’d see the already strong leagues in Greece and Israel and Spain and elsewhere grow to the point that they’d be attracting some big name players and that, while the NBA would remain the dominant league, we’d see the NBA lose more players to international leagues. That just hasn’t happened at all…

…trading Robert “Tractor” Traylor for some guy named Dirk was a mistake. I was tired of these Euro guys who didn’t pan out and Traylor tore down a rim while dunking at Michigan. Five year old me thought that was the coolest thing ever! Now, obviously, I’m fighting with my wife to name every kid we ever have Dirk.

…Mark Sanchez would be a really good NFL QB. Before the mockery of the “butt fumble,” Sanchez took the Jets to multiple AFC title games and before that he was a top-10 pick coming out of USC in which he quarterbacked one of the most dynamic offenses in the nation. It was his only year as a starter but he was so damn good in that one year. I still wonder what would have happened had he gone to a team and a coaching staff better at developing QBs but I guess we’ll never know…

…the Astros organization had plenty of bad folks in leadership positions. Oh wait…that one was true.