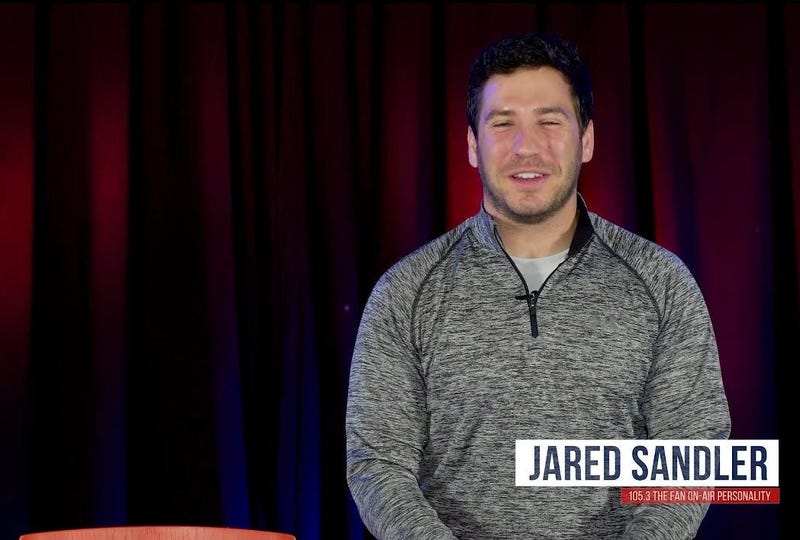 “Commissioner for a Day.”

Seems like it would go for a big bucks in an auction. I don’t have kids yet but do those “Principal for a Day” packages go for decent money? I know the VIP parking space gets pretty competitive. Anyway, here are changes I’d like made in various sports if given the opportunity to unilaterally make these decisions.

In no particular order…

One way to shorten a baseball game is to take 30 seconds of each break and insert that commercial within the inning in which you see the game but hear and see the commercial. This can be for regular season games only and 30 seconds over 17 or 18 half-innings is up to nine minutes of saved time.

Relievers also don’t need eight pitches when they come into the game. They’ve just been throwing in the bullpen for however long needed to get loose. I know the game mound is different but relievers can get two pitches to get used to it.

Don’t stop the clock on first downs in college football

It honestly makes no sense that they stop the clock for the chains in college football. They don’t do it in the NFL and there’s no reason with the fast pace of offenses these days that college athletes need the added time. It also makes some college games almost unbearably long. I’m just honestly not sure the purpose of this rule…

Some people like the college rule which maxes a pass interference out at 15 yards while others like the NFL’s rule that is a spot foul. I prefer the spot foul but could be open to maxing it out at 30 yards, which someone once presented to me. Unless we can reach a compromise, let’s get rid of the 15-yard max and align these rules.

They did well by dropping it from 35 to 30 seconds but let’s make that final leap. One good argument made is that it is a big jump for high school kids to go from no shot clock to 24 seconds but I think they could get used to it. I’m also in favor of introducing a shot clock in high school, which could be 30 seconds. Funding is an issue there but it doesn’t seem like it would be some insurmountable expense…

Forcing them to get one semester’s worth of education doesn’t really protect them in their NBA dream fails and if anything is more likely to cost them future earnings. And, let me tell you, very few of the hoopers in this position really put in much effort in the classroom. They need to be eligible by passing first semester classes and then the second semester means nothing. How about this for some sort of a compromise? If you’re a high school kid drafted in the first round, you can go right to the NBA. If you’re a high school kid drafted in the second round or undrafted, you have to spend a year in the G-League. I don’t like forcing these kids to go to college when they’ve earned the right to make money sooner. And teams should be responsible for four years of college education for these players if they pursue it within five years of retiring, much like they do in the baseball world. Finally, if a high school kid goes undrafted, he has the right to go to college, which means that they must maintain amateurism and leading up to that point by hiring an advisor and not an agent, again, similar to the baseball world.

Then again, I also hate the draft

Don’t get me wrong, I love the entertainment value of drafts. I consume all sorts of information leading up to the draft and love watching drafts in all sports, but I don’t like the way athletes are essentially pushed in a direction without a whole lot of choice. It doesn’t make sense that an athlete can do everything right and earn first round pick status but then they get no choice where they play or what system fits best and while it obviously works out for many, some people’s careers get altered by the chance of a draft. I’m not positive what the right replacement model would be, though it would likely be some version of a draft salary cap that differs by record giving worse teams more money. So, if you want more money and maybe immediate playing time, go to the bad team. Perhaps you really want to play in California and you’d take less to make that happen, but you still have the choice assuming you have earned the right to make that choice. If you’re a lawyer and score great on the LSAT with an impressive resume, chances are you’ll have your choice of location and firm. Certainly, the number one overall law student equivalent will. Why do athletes get forced to spend the first part of their career somewhere? Do they have to sign? No, but you know the system is not advantageous to give them that freedom.

Bring back the two-line pass in the NHL

Just kidding. Don’t ever do that.

Bring back the home whites in the NBA and NHL

I will find a way to shoehorn this in whenever I can. Maybe it’s plain nostalgia but I miss home teams predominantly wearing white in the NBA and NHL. Want to mix in the alternate at home occasionally? Totally cool. But I like seeing the opposing team’s colors when they come to my house. Then again, it doesn’t bother me that the home team is often showing off their colors in the NFL so maybe it is just because i grew up with the NFL doing it that way and the NBA and NHL doing it their way, which has since changed.

It doesn’t have to be live thus you can edit out inappropriate content. Have a representative from the team of the player mic’d up there to approve what gets played on-air just like they do now. But I think people really enjoy that insight.

Get rid of the shootout in regular season hockey

I was a fan when it was introduced but now the novelty has worn off. I’d rather an untimed overtime until someone scores.

I like replay because I want it right but there should be a more efficient way for the execution of reviews. On-field or on-ice or on-court officials shouldn’t be reviewing these plays. Booth officials should and they should have whatever resources necessary to review these very quickly. Or, maybe just figure out a way to implement tennis’ awesome shot tracker system into other sports!

Most people love starting lineups, right? Show them on TV.

I used to think the basketball world was going to replicate the international soccer scene in which there is a distribution of top talent across various leagues but it hasn’t worked out that way. With that said, the talent level in Spain, Israel, Greece, and other leagues outside of the US is still really high. I’d love to see a tournament with clubs from all over the world including the NBA. It works in the soccer world. Some clubs take these tournaments super seriously while other clubs use it as an opportunity to get other folks playing time. I imagine the NBA teams would fit within that spectrum while the Euro teams might look at it as an opportunity to show their stuff. Either way, I think it would be fun and would help grow basketball in a big way.